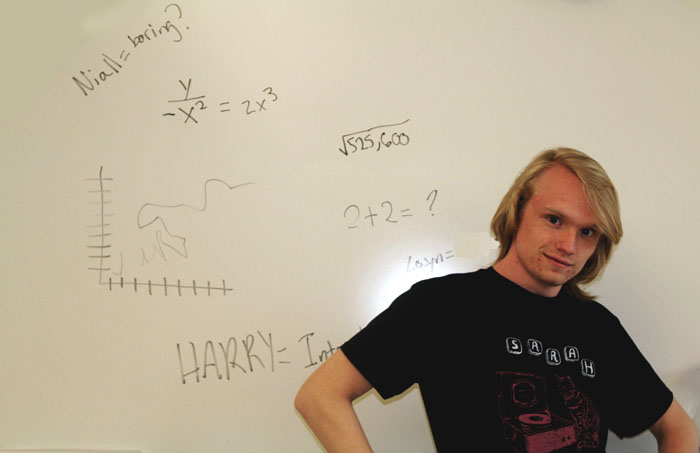 I don’t take One Direction seriously. I never have. If that offends you, sue me. They’re a boy band, and they produce a product. I flirted with their product briefly when I gave “FOUR” an honest try, and it wasn’t bad. But with that being said, I’ve never had a reason to take them seriously. Zayn’s solo work is a hypersexual attempt seeming adult, Niall’s one single is cheesy and is more meaningless sappy acousti-pop fodder, and the other members will surely fade into obscurity. Louis’ rat face needs to be out of my life. With all that being said, I’m absolutely annihilated by Harry Styles’ new single. It’s beautiful. The song works on all levels, with vague-not-too-sadboy lyrics, a breathtaking vocal performance, an electrifying instrumental backbone that operates at constant climax, and six minutes of time to become the hulking monolith that it is, this song is certainly made to be taken seriously. “Sign of the Times” has rocked my world, but also begs the question: is this a fluke? Harry Styles has had his share of eccentric outfits and mannerisms, but aside from that, he’s as vanilla as it gets in the context of one direction. I couldn’t pick a Harry Styles 1D song out of a lineup if you paid me. But this one is so different, so powerful, and so fantastic. His upcoming album has me excited and cautious for what kind of a sound we could be seeing out of the artist. “Harry Styles” is due out on May 12.