DON’T CHOKE ON YOUR ASPIRATIONS … DIRECTOR 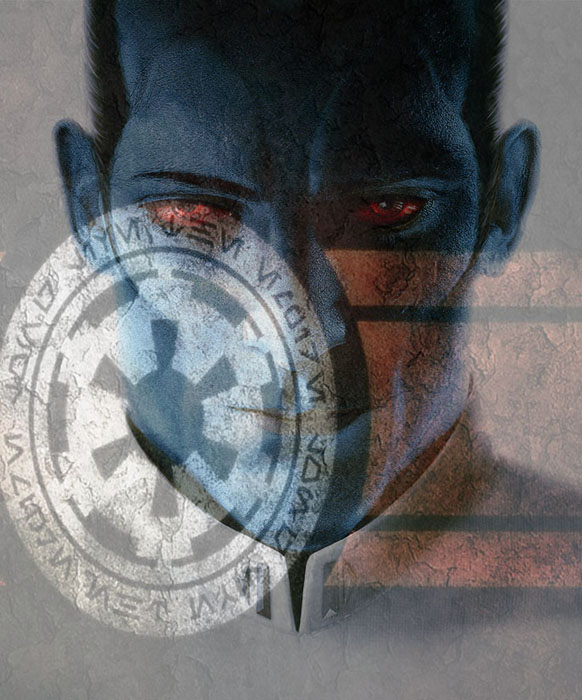 The book “Star Wars: Thrawn” is essentially about Grand Admiral Thrawn, an imperial officer and his career as the officer. There are also some other characters, such as some translators, officers, and storm troopers thrown into the mix. It is written by Timothy Zahn and was released during the same week as Star Wars Celebration in Orlando. And according to the Del Rey Timeline in the opening pages of the book, this book takes place right before the events of the “Star Wars” spinoff “Rogue One: A Star Wars Story.” What “Star Wars: Thrawn” excels at the most is building the world of “Star Wars.” You get a much more in depth look at the worlds and governments in “Star Wars,” mainly The Empire. The plot is constantly moving but does have a tendency to drag at some points. The imagery in the story is actually really good.  At times you can get a very clear picture in your head of what a certain setting should look like. The biggest problem is what they do with Thrawn. I’m glad the author didn’t just rush to get to the main characters in “Star Wars” such as Thrawn, but he’s not in it as much as I would’ve liked. It’s like Gareth Edward’s film “Godzilla.” Even though Godzilla is the character the story is named after, he doesn’t get that much time devoted to him in the final product.  One other minor flaw I have with the book is that you can only get it in the hardback format. I personally prefer paperback since it provides a much easier way to hold the book.  “Star Wars: Thrawn” isn’t the strongest book written in the Del Rey “Star Wars” timeline but it certainly isn’t the worst out there.