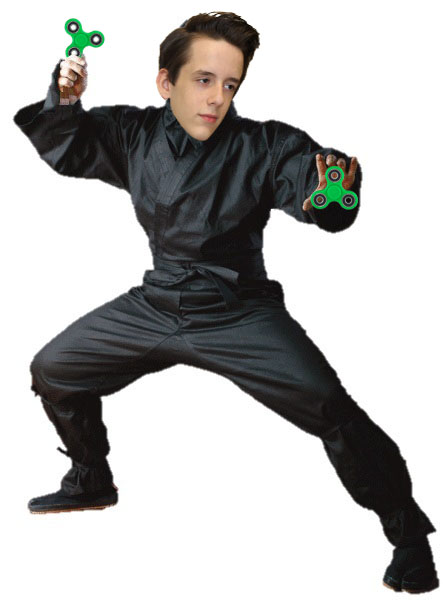 Every once in awhile there seems to be some kind of stupid trend that lasts a month or two and all the same people will annoy everybody with it. Somehow it got worse. I see them in the hands of classmates and all over social media. I’m talking about those fidget spinners. If you’re fortunate enough not to have seen them, they’re little pieces of plastic and metal that kids spin for no real reason. They claim it helps people focus, but it does the complete opposite. It’s a huge distraction to not only the person using it, but everybody in class. The only thing they do is annoy everybody around them. Multiple times now, I’ve been sitting in class, working on an assignment, and I’ll hear a sound that’s similar to the running of water. It’ll be some kid spinning his spinner. People will drop them in class and it makes a big, loud noise. Then, they pick it back up and start doing it again. That spinning noise will happen again and then it sounds like someone dropped thirty pencils at the same time, and then everyone will look over. That cycle will go on and on until the teacher finally yells at them. It’s worse over social media. People will post videos of them playing with it, with no other context or anything. It’s one of the things that I just don’t understand at all. Overall, I don’t mind if people use them, as long as they’re not doing it in public where it becomes a nuisance.