The General Journal • May 22, 2017 • https://hhsgeneraljournal.com/5814/editorials/its-whatever/editorial-in-space-everyone-will-hear-you-scream/

EDITORIAL: IN SPACE, EVERYONE WILL HEAR YOU SCREAM 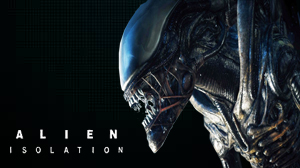 “Alien: Isolation” is one of my favorite videogames of all-time. It’s a survival –horror game in which you play as Ellen Ripley’s daughter, Amanda Ripley, and you are stuck on a ship called the “Sevastopol” where xenomorph is running amuck and releasing all kinds of horror on the crew of the Sevastopol. This game is definitely terrifying. Around every corner there is an overwhelming sense of danger, suspense, and uncertainty. Whenever I play the game my hearts starts pounding at a rate of three thousand miles per hour, because I know that with every movement and action I take I could possibly be killed by the alien and suffer a horrendous death. What I absolutely love about the game is that “Alien: Isolation” perfectly captures the feeling and look of Ridley Scott’s 1979 film “Alien”.  The look of space seems old school (as in, it looks like just a bunch of lights hanging down) but it captured what “Alien” looked like. Plus, the possibility of characters dying is very reminiscent of what audiences felt when they first watched “Alien” back in 1979.  The graphics are absolutely gorgeous. Especially the alien itself. It has a nice sleek and metallic look that makes the xenomorph even more epic than it already is. Plus, the androids (also known as worker Joes) are ridiculously creepy. The designers made them all look like psychotic killers so that adds to the intensity.  This game is phenomenal and I would highly recommend it to all survival-horror or “Alien” fans.