The General Journal • May 23, 2017 • https://hhsgeneraljournal.com/5833/editorials/its-whatever/editorial-marry-those-brides/ 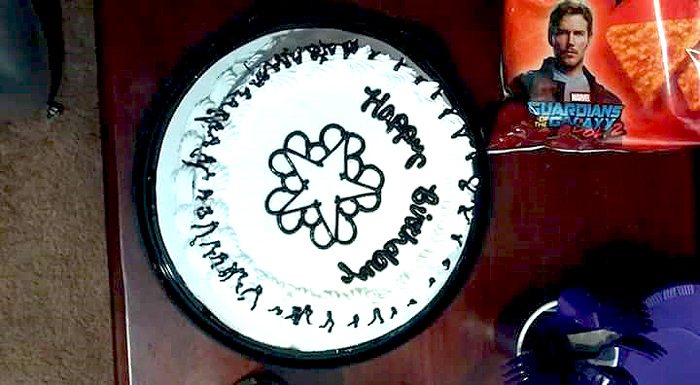 If you’ve ever seen me walking around school, you’ve probably noticed that I wear a hooded jacket that has this strange looking star on it and 3 words that make no sense to some people. Those three words are “Black Veil Brides.” I have some other things to support the band and even had a birthday cake with their logo on it. Black Veil Brides is a band that was formed in 2006 by lead singer, Andy Biersack (Sixx/Black). Their debut song, which was released in 2009, was a track titled “Knives and Pens.” With the release of this song, also came a music video that is still one of the most viewed videos of their career. The song was also later released on the band’s first studio album, which was called “We Stitch These Wounds,” which was released in 2010. Other songs from that album also include “Perfect Weapon,” “The Mortician’s Daughter,” and “Sweet Blasphemy,” which is considered to be some of the band’s best works. Their next studio album came out in 2011 and was titled “Set the World on Fire.” This album has some of my favorite songs by the band on it. My personal favorite on the album is called “Rebel Love Song,” which is about a couple who are willing to run away with each other in the name of love. They don’t care if they break hearts. Two years after the release of “Set the World on Fire,” another album was released. This one was titled “Wretched and Divine: The Story of the Wild Ones” and featured a total of 19 tracks. The album was a rock opera concept. It has two of the band’s most popular songs of all time. “In the End” and “Lost it All” are two of the most popular tracks in the band’s history. “In the End” is one of the most viewed music video of their career. Their latest album, which is self-titled, was released in 2014 and featured songs such as “Heart of Fire” and “Goodbye Agony.”

In 2016, Andy Biersack, lead singer, took a break from the band to work on a solo project where he donned the name “Andy Black.” On May 6, he released his solo album called “The Shadow Side.” It wasn’t like all his other music and was slower. It had a lot of dark undertones, but it was an overall success. He also went on tour where it was said he would talk to the audience and it was more relaxed than with the full band. After the release of the solo album, we also got news that Biersack would be rejoining the band, and they will be releasing an album in 2017. They are aiming for the album to be released in September.

While I haven’t been a fan of the band for as long as those who knew them in 2009, I still love to listen to their music. It’s interesting in hearing how they have changed from their music video for “Knives and Pens” to the release of “The Shadow Side.” They have grown up, and their music is changing with each album. I’m already super pumped for their new album and I’m counting down to day until September when I can get it. I’m hoping that the band will give us the release date so we can be even more excited. I love this band so much that not only do I have merchandise to support the band, but I also got a birthday cake with their logo on it. I’m not going to be a stereotypical person and be like ¨This band saved my life!¨ They didn´t. Instead they helped me learn to appreciate different styles of music. This band wasn’t like the kind of things I was used to. It was so different, and I love it.