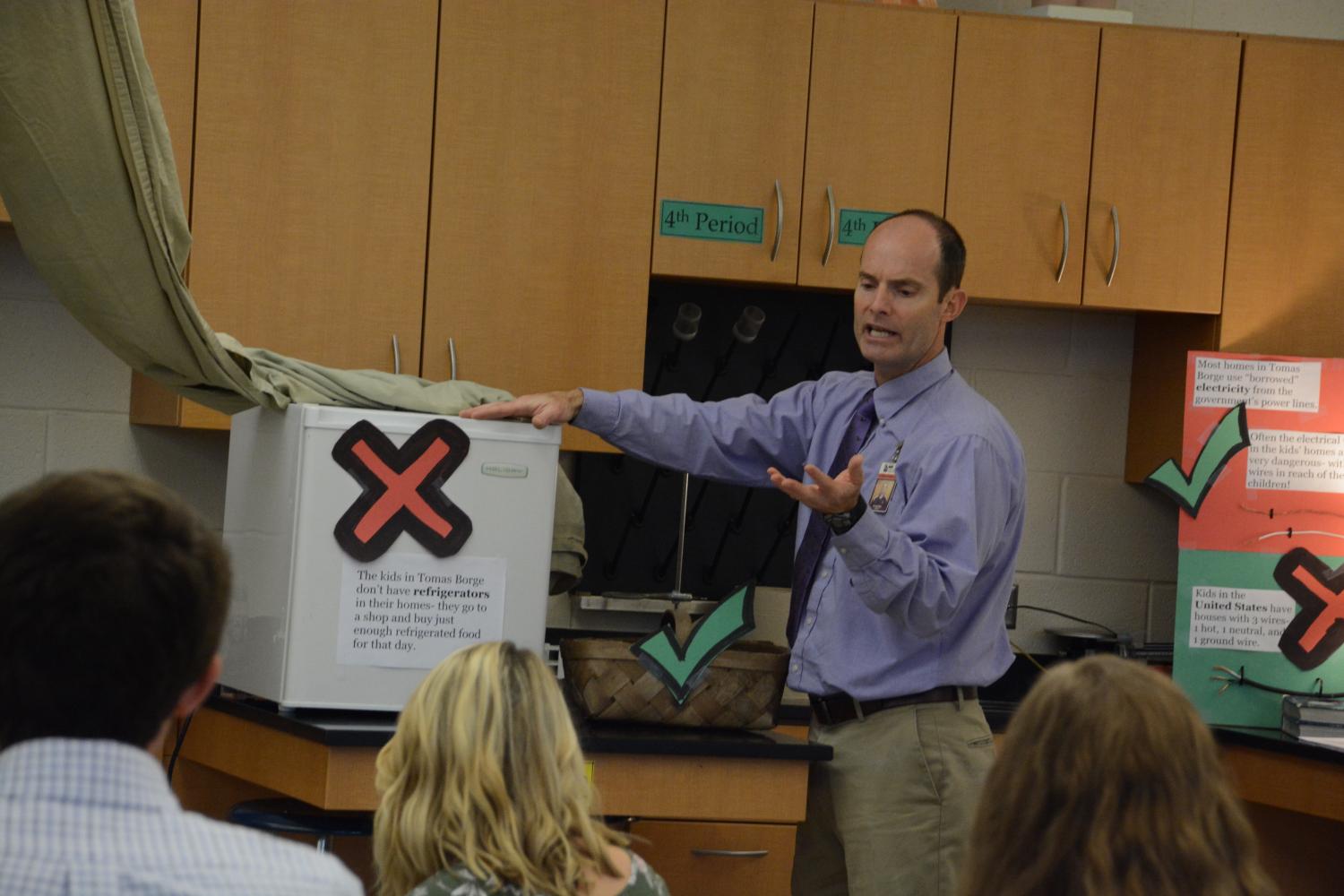 On August 10th, Heritage High School opened its doors for the first day of the 2017-2018 school year. Friends got together and hung out, teachers were organizing materials to hand out to their students, and some teachers were preparing for an activity unbeknownst to the students. It started like a typical first day at Heritage. At 7:45, the bells rang indicating that it was time for students to head down to the gym and prepare for the first day. While students were in the gym, they were introduced to the new teachers on campus, watched the seniors walk in and down to their section of the bleachers, and did the Pledge of Allegiance.

The students were then informed of the first-day activity in which they would go to various teachers’ rooms and learn about the Tomás Borge community in Nicaragua. Returning students probably remembered last year’s activity: after viewing a video in first block that showed what kids in Nicaragua had to do just to get to school, students explored the school and took pictures of what they were thankful for. This year, students were told by Mr. Bradford that everyone would sit in the theatre and listen to Coach Slaughter and members of the Tomás Borge community talk about what it’s like there in Nicaragua, as well as how much Heritage has impacted the community. Heritage teacher Mrs. Taylor said that the goal of the first-day activity was to inform Heritage students of what goes on in the Tomás Borge community . . . and the people involved didn’t disappoint.

Students were flooded with information from a wide variety of topics including the electronics in Nicaragua, the poor-quality sporting equipment (they pretty much use cardboard as a baseball glove), the currency, what markets are like (the meat market being especially cringe-inducing among students, due to how the meat is kept), etc. Mr. Shurette and Mrs. Wolfe’s station even involved a chicken and a fire pit, exhibiting the food eaten in Nicaragua. Mrs. Taylor hopes that the students of Heritage realized what it’s like in other parts of the world and how it’s so different from life here.

According to Mrs.Taylor, the next planned trip to Nicaragua is in December. If any student wants to get involved with helping in Nicaragua, they can contact Coach Slaughter for more information.