THE CREATION OF EVIL ITSELF 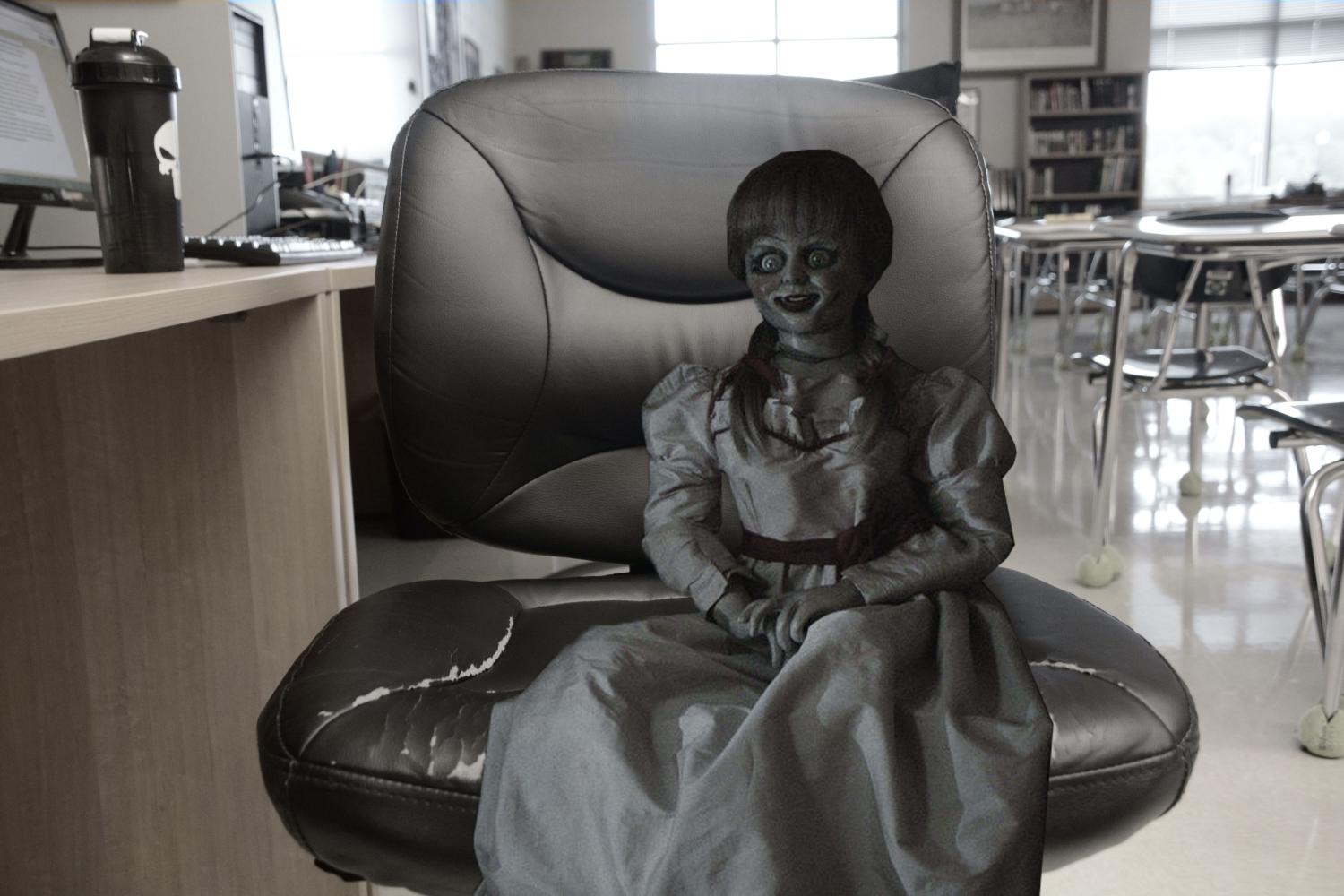 “Annabelle: Creation” is the story of a group of young girls that move into a house that has become their new orphanage.The story mainly follows Janice (played by Talitha Bateman) and Linda (played by Lulu Wilson). After some time in the house, supernatural instances start occurring. Faces are grabbed by a person that mysteriously vanishes, the eyes of a demon show whenever a picture is put in the dark, and Janice finds the Annabelle doll locked in a secret closet that is plastered with books from the bible. Then things get more malevolent as the demon comes after the young girls, particularly Janice.

This is David F. Sandbergs’ second film, and he has proven with last year’s “Lights Out” and this movie that he knows how to direct horror and that he will definitely make a name for himself, much like James Wan has. He knows that horror comes from two things: cinematography and sound. Even the smallest jump scares are heightened in intensity by the unnerving and dark cinematography. Much like “Lights Out,” even the smallest of dark places is stress-inducing to the audience, because they don’t know what could be lurking in the shadows. Even when we know something is in the shadows, we don’t really get a good look at it, and I thoroughly enjoyed that aspect. There’s one scene where the demon is thrown into the dark and the only thing the audience could see were its bright yellow eyes that seem to stare into your soul. I think that not knowing what the villain looks like only heightens the intensity level because in my mind i imagine a monster that’s way scarier than what it actually is. Yet the movie puts the audience’s mind at ease with a surprising amount of comedy, a smart choice that helps relieve the audience of the high-strung tension.

Talitha Bateman did a rather good job at playing Janice. Janice is one the girls that has a disease which makes her left leg useless (this plays into an extended scene full of horrific imagery and scares), so she requires a crutch and has to use a chair lift to get to her room. She plays both sides of the coin in this movie. At one instance, she can be just a sweet little girl, and in the next scene she can be the creepy kid that everybody loathes in horror movies. Lulu Wilson also does a good job, but that’s not a shock if you’ve seen “Ouija: Origin of Evil”. Everyone else does a good job for what their characters are (secondary characters that undergo any development), with the actor that plays Mr. Mullins being the best out of the lot. “Annabelle: Creation” also does a phenomenal job tying into the first “Annabelle” movie. It’s actually really brilliant the way they did it, the more I think about it.

As for flaws with this movie, I’d have to say that the characters do have a tendency to make dumb choices, there are a few cliches sprinkled in, and there are a few jump scares that aren’t as effective as they should’ve been. In the end, “Annabelle: Creation” was a blast and definitely one of the stronger horror movies to be released recently, as well as one of the better movies to be released this summer (but that’s not saying much).