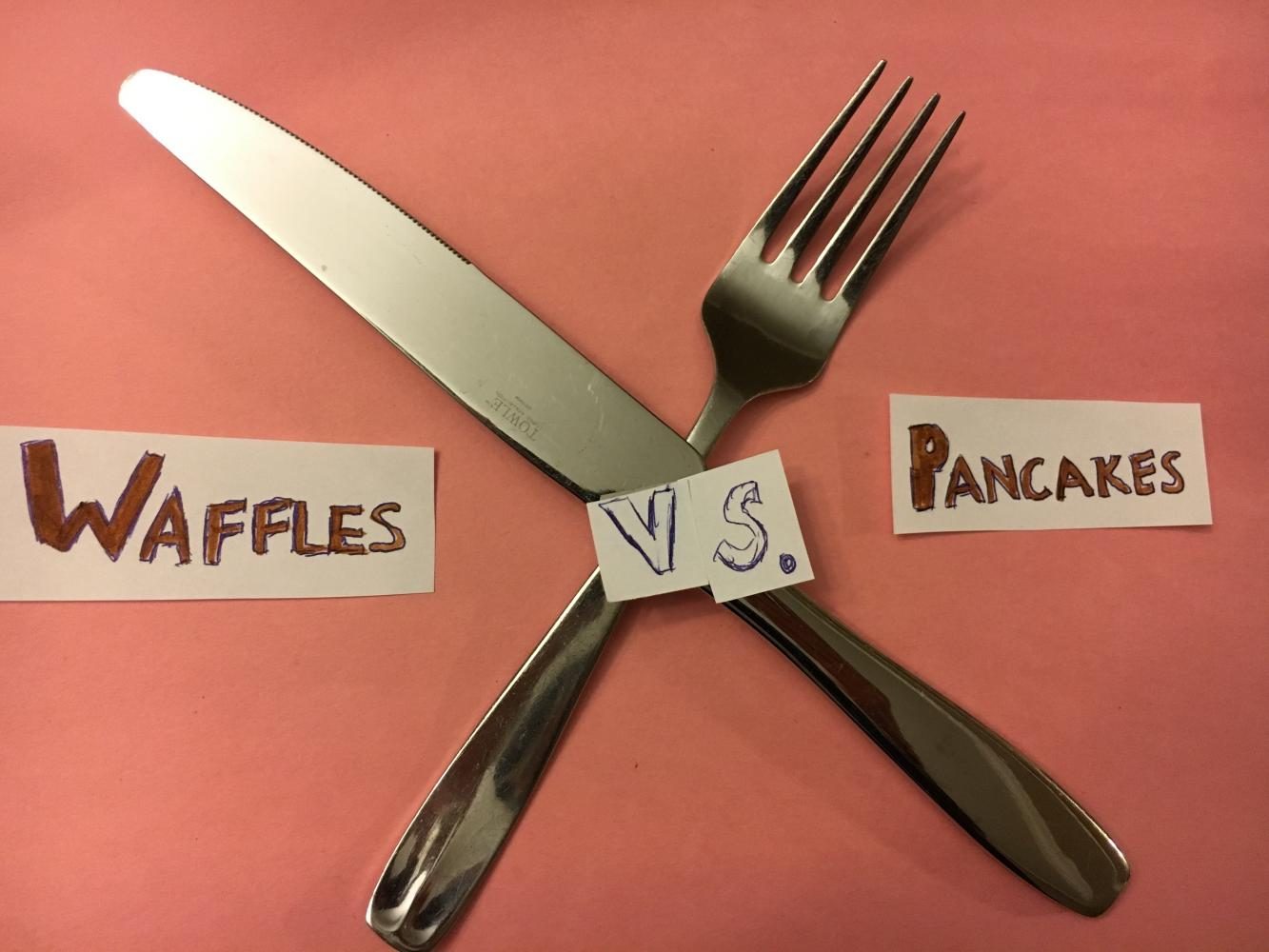 Now that the difference is established, I have to say that waffles are better. Pancakes are bland, and waffles are exciting. TV shows recognize that. Eleven from “Stranger Things” doesn’t go eating pancakes all the time. She eats waffles. Leslie Knope from “Parks and Recreation” never goes out for pancakes. She goes out for waffles.

You might be familiar with the phrase “L’eggo my Eggo” from the popular series of commercials. Now, think about how often people say “L’eggo my Pancake.” That’s right, they don’t.

Waffles were invented by people in Belgium. French fries can also be traced back to Belgium. Clearly those people know what they’re doing. We should trust them. Like french fries, waffles can taste good with nothing on them. A waffle can be crispy and fluffy at the same time. It’s a versatile hero of the breakfast world.

One of the more significant benefits of waffles is that they’re easier to eat on the go. If you eat a pancake with your hands, then your fingers will get sticky. The pockets in waffles will keep the syrup inside. Waffles are protecting you, because they care about you.

If there’s only one waffle left, and two people want it, how would you split it? Waffles are perfectly made for separating. They’re divided with lines that make it easy to tell how much you’re getting. If there’s one pancake left, then the meaner person will take more than half. That’s unfair. Pancakes don’t support equality. Waffles do, because they care about you.

Another scenario: You’re stranded on a desert island. You’re forced to pick between a waffle and a pancake. Do you get the waffle or the pancake? The waffle, of course. The pockets on the waffle could hold rainwater. A pancake wouldn’t keep you hydrated. A waffle would, because they care about you.

Some people argue that waffles take longer to make than pancakes, but that’s wrong. If you don’t have time to make one, then you could just take one out of the freezer. Frozen waffles might be lower quality, but they’re a lot less time consuming. Pancakes don’t think about your time. Waffles do, because they care about you.

Pancakes are preferred by one group, Lumberjacks. The people that get paid to kill trees, and syrup comes from trees. Sure, there are other options, like whipped cream or fruit, but pancakes never considered that. Waffles did. That’s because waffles care about your topping options, and the Earth. Most of all though, they care about YOU.