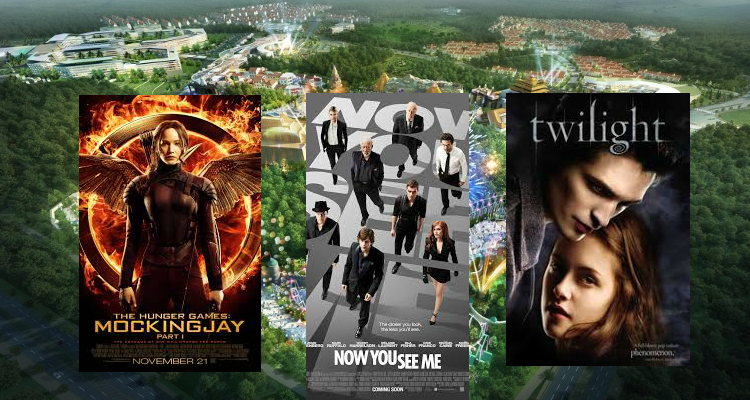 Maybe you’ve heard of, or even been to, a theme park similar to Universal Studios. Those movie theme parks feature attractions that relate to several different popular movies. A good example is “The Wizarding World Of Harry Potter.” It’s a popular idea, and Lionsgate has announced plans for a park in South Korea based on several different things, but the focus will be on its most profitable properties: “Now You See Me,” “Twilight,” and “Hunger Games.” It’s easy to imagine what they’ll do with “Now You See Me.” It’s hard to imagine what they’d do with “Twilight,” but it will be exciting to hear what they’ll do that can relate to the movie. “The Hunger Games” part of that is a lot more exciting. There won’t be any real killing. Instead, visitors can experience the world of Panem through rides, attractions, and reproduced streets and towns. There will also be themed restaurants, cafes, souvenir shops, and performances. Lionsgate Movie World will be roughly 1.3 million square feet, and it will be part of Jeju Shinwa World, which takes up 20 million square feet. Lionsgate CEO Jon Feltheimer said that, “Our partners are creating a world-class resort that will be the perfect home for our theme park” and that “we have built a global location based entertainment business in just three short years, and Lionsgate Movie World promises to become one of its crown jewels.”