WELCOME TO THE DARK SIDE 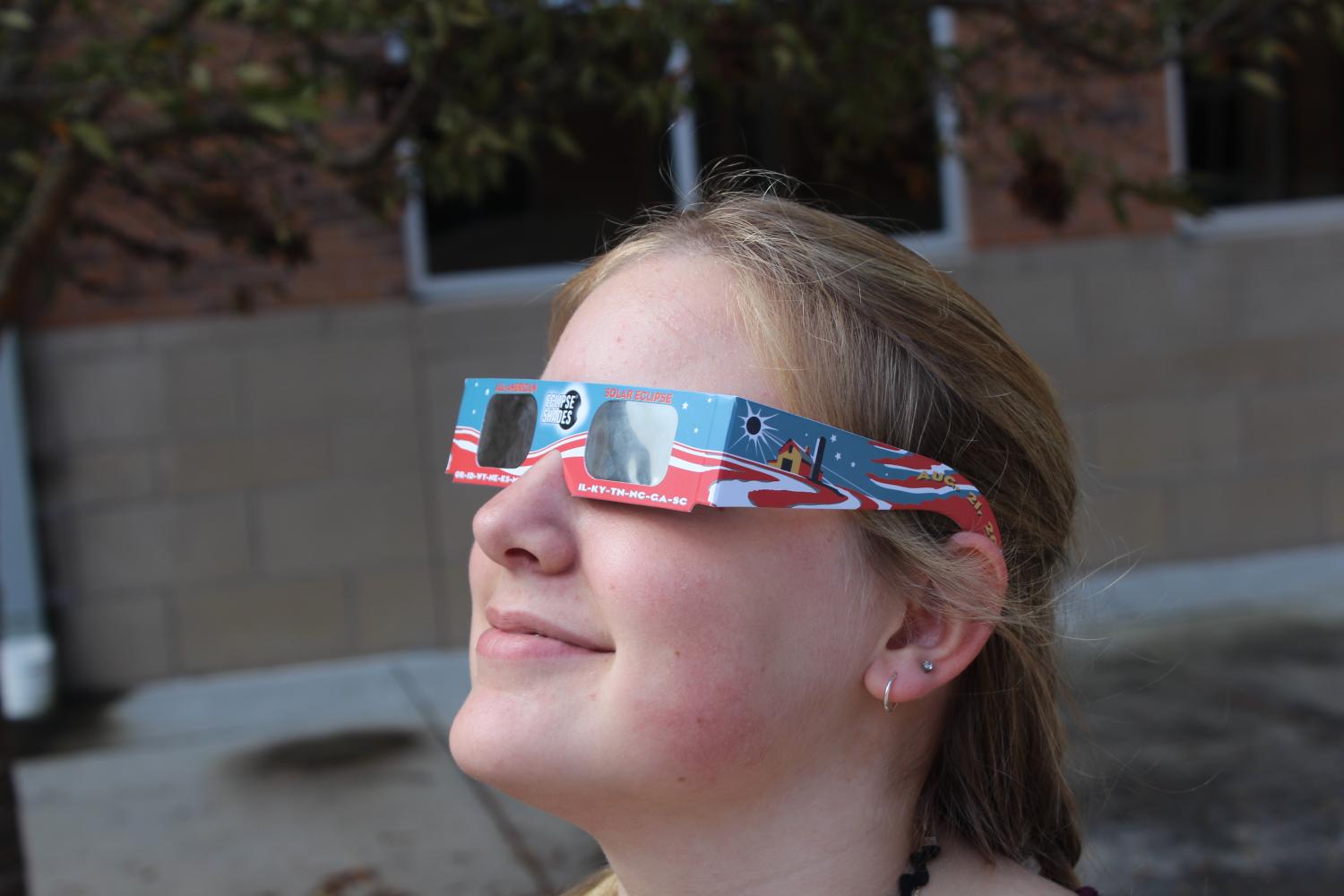 This past Monday was one of the most interesting days in over one hundred years. A solar eclipse happened from coast to coast across America. Solar eclipses may happen every eighteen months or so, but this one was the first to happen in America quite a while. There had not been a solar eclipse like this in 38 years. Students were let out of class to experience this once-in-a-lifetime event with their own eyes. One student who was here, Kalina Janssen, admits, “It did not get as dark as I expected, but it was still very cool.” This was understandable, considering the school was not in the path of totality. However, the school offered a field trip for those die-hard astronomy lovers. This trip was headed by Mrs. Bicknell and two other teachers. Mrs. Bicknell sang the praises of the trip, saying that “the eclipse was a phenomenal, once-in-a-lifetime event. My favorite part was totality. The five-hour bus ride back as worth it completely.” Mrs Bicknell clearly enjoyed the eclipse and was overjoyed she was able to go. One of the students that went on the trip, senior Alyssa Craig, told me, “The temperature dropped, you could see stars, and it looked like the sky was in sunset all around us.” Both teachers and students alike were amazed by this phenomenon. The solar eclipse astounded everyone, no matter where one was when it happened. Whether you were in the path of totality or not, the eclipse was an unforgettable experience.