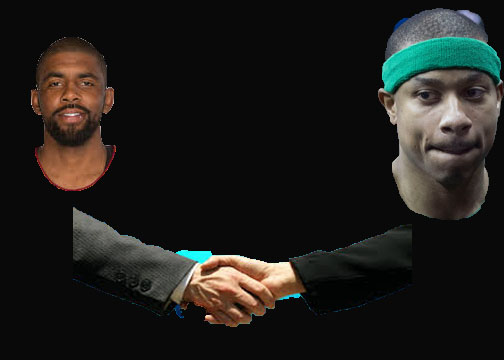 As of now the trade that was announced early last week is now on hold. The Cleveland Cavaliers reportedly are not happy with Isiah Thomas’s physical. Thomas’s right hip injury that he suffered last year has already made him miss three of last season’s games, and his recovery time is making the Cavs uneasy about the trade. The original trade consisted of Isiah Thomas, Ante Zizic, Jae Crowder, and a first-round pick. The Cavs are trying to get Jaylen Brown and Jayson Tatum in on the new trade; they tried to squeeze those two into the original trade, but the Celtics weren’t backing down. The Celtics own six first-round picks for the next two drafts, so they may use one or two more to sweeten up the deal. However, they show no signs of backing down on refusing to give up their young players.This whole trade may fall through if they can’t find neutral ground soon.