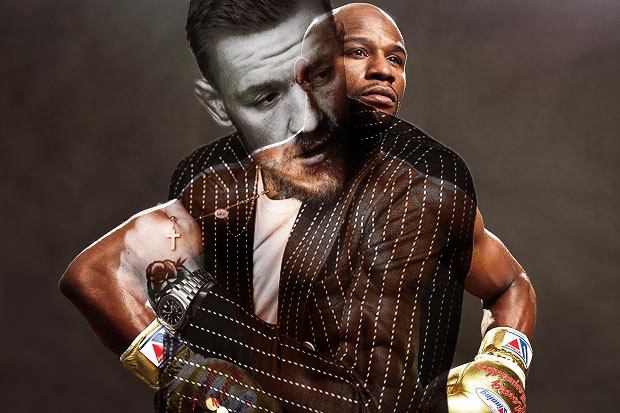 On August 26, 2017, history was made in the sport of boxing. Undefeated boxing champion, Floyd Mayweather, was challenged by UFC fighter, Conor McGregor, to take on each other in a boxing match. Both fighters added to the hype by calling each other out in many controversial press conferences. Mayweather, at the time, had been retired for about two years, but decided to fight one last time in the hope of making his winning streak 50-0. McGregor, on the other hand, wanted to fight in the hope to end Mayweather’s winning streak. He also wanted to challenge himself to prove he was the best at it all. Deals and papers were signed and the fight was on!

Now, boxing is not Conor McGregor’s strong suit. His form of fighting is mixed martial arts. In the octagon, a fighter can kick, punch, and can take other fighters to the ground in order to win. In the sport of boxing, punching is your only form of defense. McGregor spent weeks training outside of his UFC sport to be prepared for this big fight. While the fight went on, you could see the referee many times pulling McGregor away from Mayweather because he would hammer punch Mayweather. This took a lot of mental and physical strength for Conor not to go back to his UFC fighting ways.

As the fight began, Conor McGregor started out very strong. He threw hard punches but Mayweather did well at blocking them. Floyd’s strategy in his boxing is to take and block punches in the beginning and later on when his opponent is tired, he takes advantage of it and knocks them out. This is exactly what he did. Mayweather hardly threw any punches in the first few rounds, averaging about six per round. Near the end, in about the 8th or 9th round, Floyd Mayweather took his final opportunities and landed many punches on McGregor. In the 10th round, the referee called the fight with TKO (technical knockout), leaving Mayweather undefeated at 50-0.

After the fight, both fighters remained humble and congratulated each other on a good fight. Mayweather now is officially retired for good, but McGregor is looking to still continue his fighting career in the UFC. We may see him again in the boxing ring, but he is still undecided about it. Both fighters gained a lot of wealth from this match. McGregor made roughly 100 million dollars while Mayweather racked up nearly 300 million. Win or lose, both these men are quite happy with the outcome of making history!