THE FORCE IS STRONG WITH THIS FRIDAY 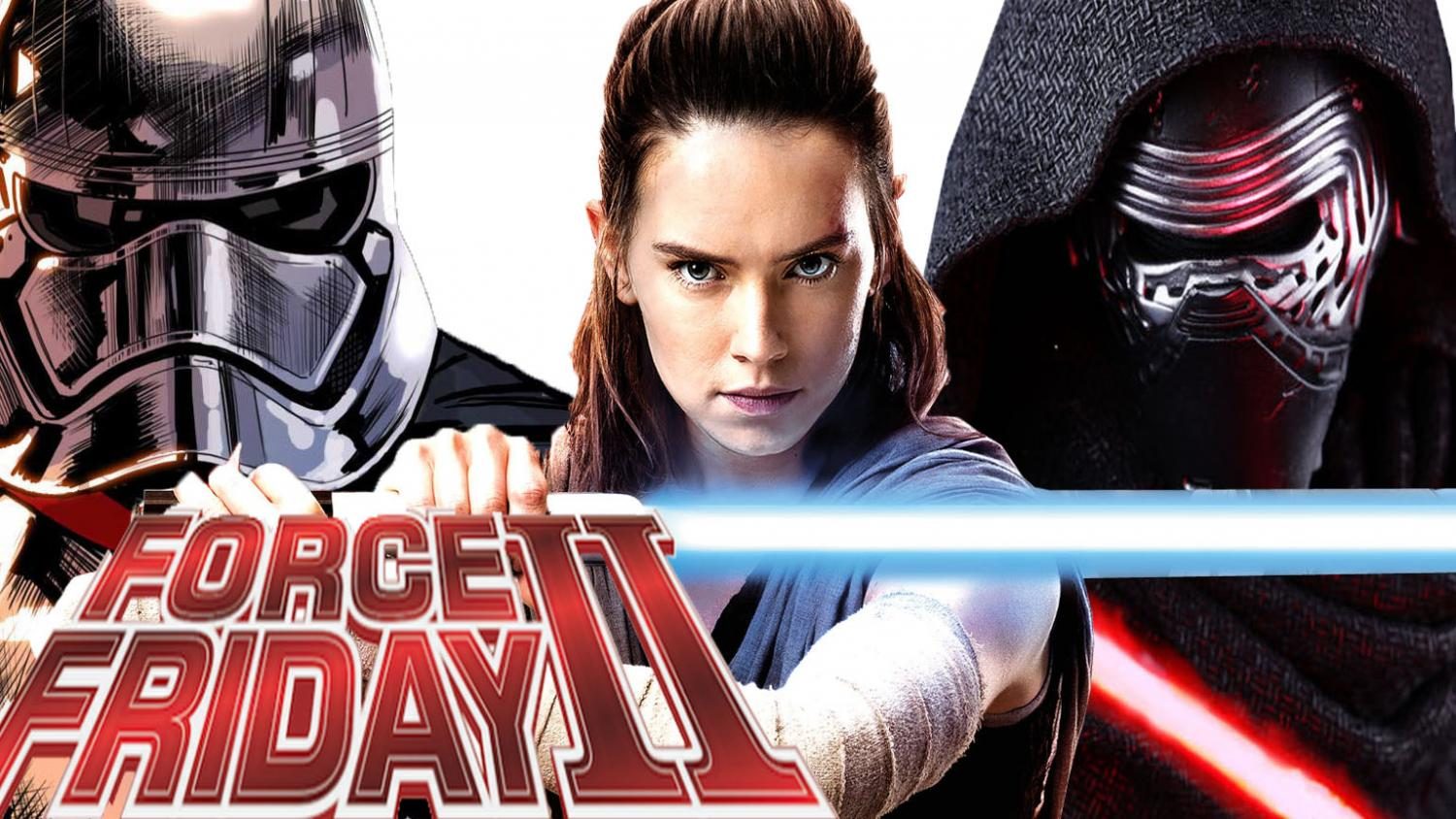 Force Friday is a godsend for “Star Wars” fans. It started in 2015 with the release of the new merchandise for “Star Wars: The Force Awakens,” and has since become a phenomenon.  Force Friday is the day where “Star Wars” fans can come together and bask in the glory that is “Star Wars” merchandise including action figures, LEGO sets, books, POPS!, etc. This year’s toys included characters returning from “The Force Awakens” such as Rey, Chewbacca, and Kylo Ren as well as some new characters being introduced including BB-8’s evil counterpart, BB-9E.  According to Jim Silver (CEO and Editor-In-Chief of “Toys, Tots, Pets and More”), fans of the sci-fi franchise study the new figures for any potential spoilers or clues about the plot. “It’s the largest franchise in the history of the toy business,” Silver told CNN Tech. “The people who buy the toys study [them] and look for hints or spoilers that will give them some information about the movie.”  He went on to add he thinks “it’s going to do very well this year because of technology … the quality of the toys and the level of sophistication. The toys this year are better than any previous years.”

As for the toys themselves, they are garnering a lot of attention. Lego says that its new Millennium Falcon set is one of the largest and most detailed sets out there. The set for the classic “Star Wars” vehicle includes “laser cannons, landing legs, a boarding ramp and a 4-minifigure cockpit with a canopy that dethatches.” The set will cost fans a crisp $799.99. The new force link technology combines wearable tech with the action figures and vehicles. The wristband will activate and say phrases and play sounds from the movie when you pick up certain characters. Sphero is also adding two new remote-controlled droids alongside the BB-8 droid they released two years ago. Joining BB-8 is R2-D2 and BB-9E. The former will cost $179.99 and the latter will be slightly cheaper with a price tag of $149.99. You can now pre-order “Star Wars Jedi Challenges”. This new augmented reality game is created by Disney and Lenovo and will allow fans to take control with of lightsaber and battle iconic characters from the films. The set includes a headset, lightsaber controller, and tracking beacon.