CIRCUS FOR A PSYCHO 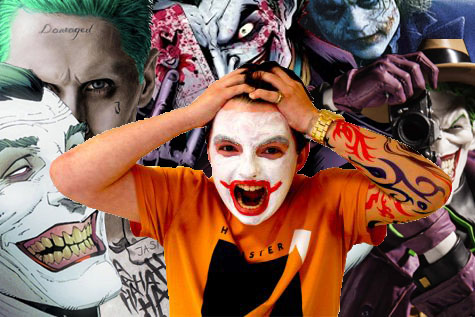 Word recently broke that DC has plans for a Joker standalone film. Todd Phillips, the director of the “Hangover” trilogy, will be directing the movie and is co-writing the script with Scott Silver (the screenwriter of “8 Mile” and the Oscar-nominated film “the Fighter”).  What’s gaining a lot of attention is one of the producers: Martin Scorsese (director of the films “Taxi Driver,” “The King of Comedy,” and “Goodfellas”). The untitled project will take place in the eighties and revolve around how Joker became the psychopath he is. Instead of going the traditional route, the Joker film will have the feel of a gritty crime-drama, supposedly to secure Scorsese’s involvement in the project.  The film will boot Jared Leto as the Joker and will cast a new actor to reprise the role formerly portrayed by Heath Ledger and Jack Nicholson.  Warner Bros. and DC Comics plan to use this film to kickstart a whole series of standalone films with new actors portraying characters found in the comics and will be completely separate from the DCEU.  This news has some fans on the fence. Youtuber Jeremy Jahns claimed that making an origin story with him will put the Joker in a box and would remove some of the mystery behind the Joker. He also threw out examples of villains that got less interesting as we learned where they came from, such as Anthony Hopkin’s  Hannibal Lecter from the award-winning film “The Silence of the Lambs.”