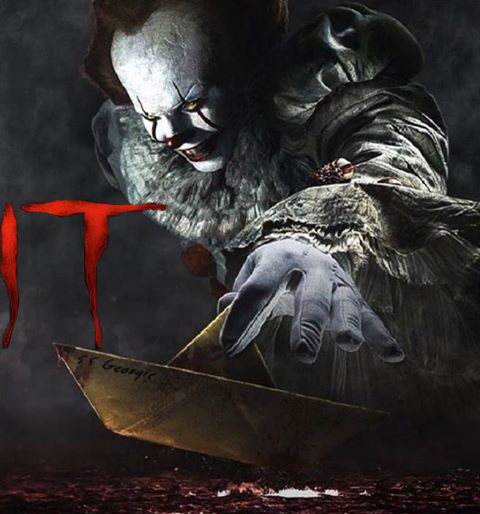 Over the weekend, a classic horror miniseries (and book) was recreated and shown in movie theaters across the world. This movie had a huge fanbase with high expectations. This film is based off Stephen King’s book “IT,” which was published in 1986. Clearly it was a hit at the time, because a movie came out four years after it was published. In his book, Stephen King touched base with many people’s biggest fear: clowns.

The storyline of the newest movie takes place in a small town called Derry. In this small town, a cosmic entity terrorizes the town every twenty-seven years, killing many adults and even more children. The entity feeds off the fear of others and then feeds on their flesh. When a little boy named George goes “missing,” his older brother Bill becomes suspicious and doesn’t stop until he figures out the truth. He believes his little brother drowned in a sewer drain, so he researches all the drainage pipes in the town. He is determined to find an answer. As school comes to an end and the summer begins, Bill gathers his friend group in the manhunt for his brother. Within the friend group, they all begin seeing strange things as the summer nights continue. They begin seeing their personal worst fears such as an infection, a strange painting’s face, and the worst of them all: a clown. They begin gathering and talking about these strange “dreams.” They all come to the realization that It is what has been terrorizing the town for all these years. They figure out that all the town’s tragedies have one thing in common: they are all connected by the drain pipes and sewers which all lead to a well. The group of friends go to the well in search of the clown and attempt to fight It in hopes of bringing peace to Derry, Maine.

All in all the movie was a great film full of creepy music, laughs, and scares. The actors killed their parts and exceeded all expectations. As for the clown, well, he killed more than just his role. The director, Andrés Muschietti, did a fine job as well with incorporating the old version into the new and sticking to the main focus of the storyline.