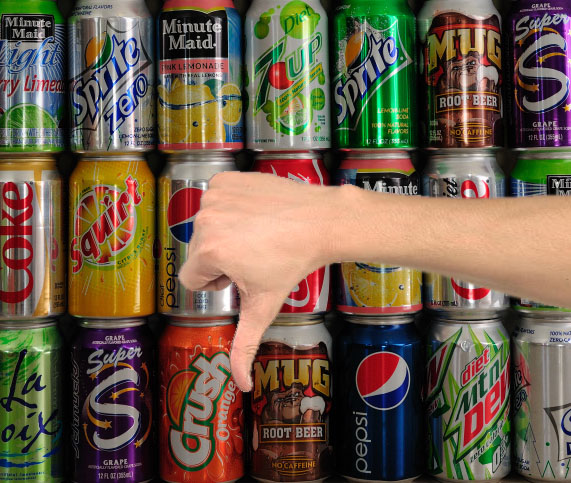 If you’re someone who’s read my articles before, you know that I have strong opinions about food. Usually I talk about how great some foods are, or I compare and contrast a few. This article will be my first about how much I dislike something. It will also be my first about beverages.

I’m very selective with what soda I drink. It might just be me, but soda makes me feel terrible. My teeth feel like they’re rotting, my stomach hurts, and it makes me really sleepy. Cream soda is my favorite.  Cream soda doesn’t usually have that effect on me, and I like the taste better. Most other sodas,however. Do have an effect on me. My least favorite one is Pepsi. Pepsi is basically Coke’s lame little brother that tries to copy everything their older brother does, but they do it horribly. I have the same feeling towards Dr. Pepper. Fruit flavored sodas like Fanta don’t make me feel as bad. Sprite is my second favorite. The worst thing about soda is spilling it. It can be avoided easily, but soda get’s everything sticky. Something that soda is good for is for when my throat hurts. Sprite or Ginger Ale make it feel a lot better. Soda is also good for when I eat too much food too fast, and soda helps take away that feeling. Soda isn’t that bad, but I would much rather have water or juice.