IS YOUR NAME IN THE DEATH NOTE? 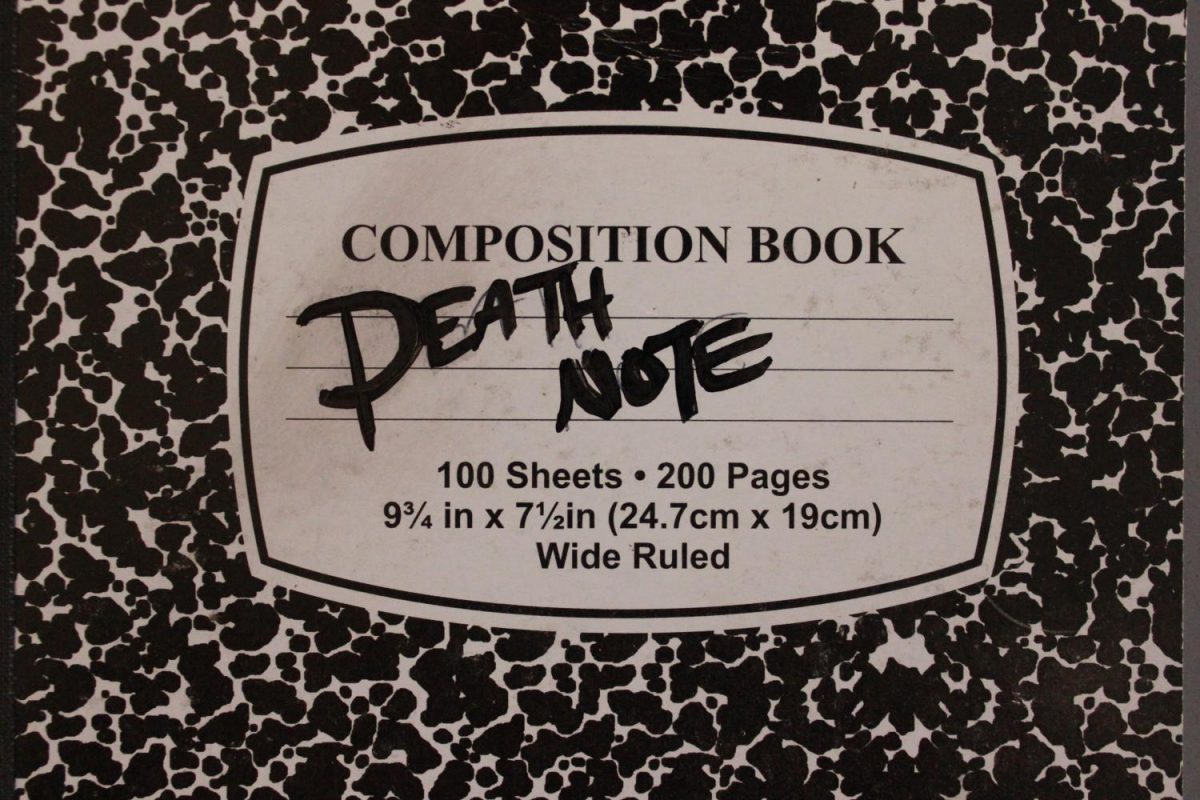 There is a movie among Netflix that is getting quite a bit of followers to watch, and that movie would be “Death Note.” This movie was released on August 25th on Netflix and instantly got people watching it from what it’s based off of. This movie is based off of an anime series that was released back in 2006 that was a big hit among anime viewers. This movie, and anime, is about a boy named Lighter  (his name is Lighter Turner in the movie, and Light Yagami in the anime) who happens to come across an old tethered notebook that fell from the sky. He takes it home and reads the first few pages that consists of the rules of the book, Death Note, and comes to find out that if you write someone’s name in the book . . . they die. This was a revelation for Lighter because he wished to rid the world of evil-doers. What he didn’t know was that a Death god would tag along with him in the process; this Death god’s name is Ryuk. Ryuk stays by Lighter’s side throughout his actions of getting rid of the wrongdoers of the world. In the process, there are people who notice the deaths of the people he has killed and are hunting him down in the process. Lighter has to fight against the police and hide to make sure that no one takes his Death Note, because he wishes to be Kira, also known as “Killer” in japanese.

The movie to me was, overall, good. There was a lot of action and a lot of interesting brainstorming that the characters do to plan their next step. My favorite character out of anyone was Ryuk, because he wasn’t on anyone’s side and was an exciting and somewhat twisted character. Although what else would be expected of a Death god? One thing that I didn’t like about the movie though was how the rules of the Death Note in the anime and movie were different. There were some similarities between the two, but there was also rules that were completely skipped in the movie that were in the anime. That very fact may have made some people upset but in all reality, the movie to me was good.