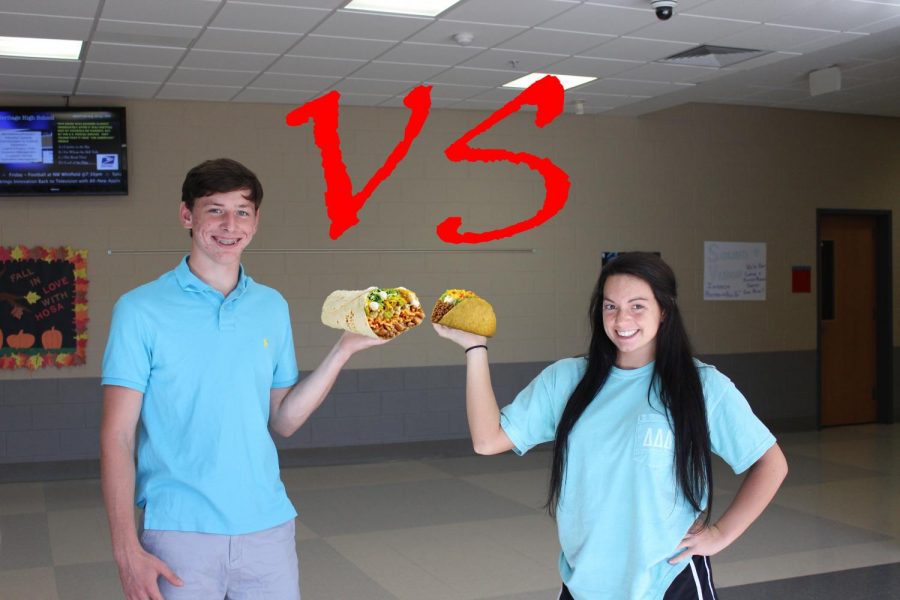 The question of burritos versus tacos is one of much debate, and I’m here to set the record straight. There are many reasons why you would think that tacos are better than burritos and vice versa, but there can only be one winner.

Let’s start with tacos. Tacos are the party food of choice if your party has a Latin-American theme or if you’re looking to spice things up a bit. They are also somewhat easier to make than burritos and, as you would expect, they aren’t as good. You can’t put as much in a taco as you can in a burrito, so you have less possibilities for a good experience. Also, tacos are very flimsy; one bite and it all falls apart. Burritos have their structural issues as well, but they are less likely to completely fall apart like a taco.

On to burritos now, when you think of a burrito you always think happy thoughts and good times whether it be at a party, a restaurant, or any other social gathering with Mexican food. Burritos are also travel friendly: you can wrap them in aluminum foil and take them anywhere. Tacos, on the other hand, are limited to a box. The sturdiness of burritos, as I said before, isn’t proven as foolproof by any means. They are still sturdier than tacos though, and that’s all that matters. Finally, burritos are capable of holding more food than tacos, so you can make burritos as big as you want and out of whatever you want. Burritos are better than tacos in all of the important reasons, so everyone should eat burritos instead of tacos.