A DAY IN THE LIFE OF HANNAH ABRAHAM 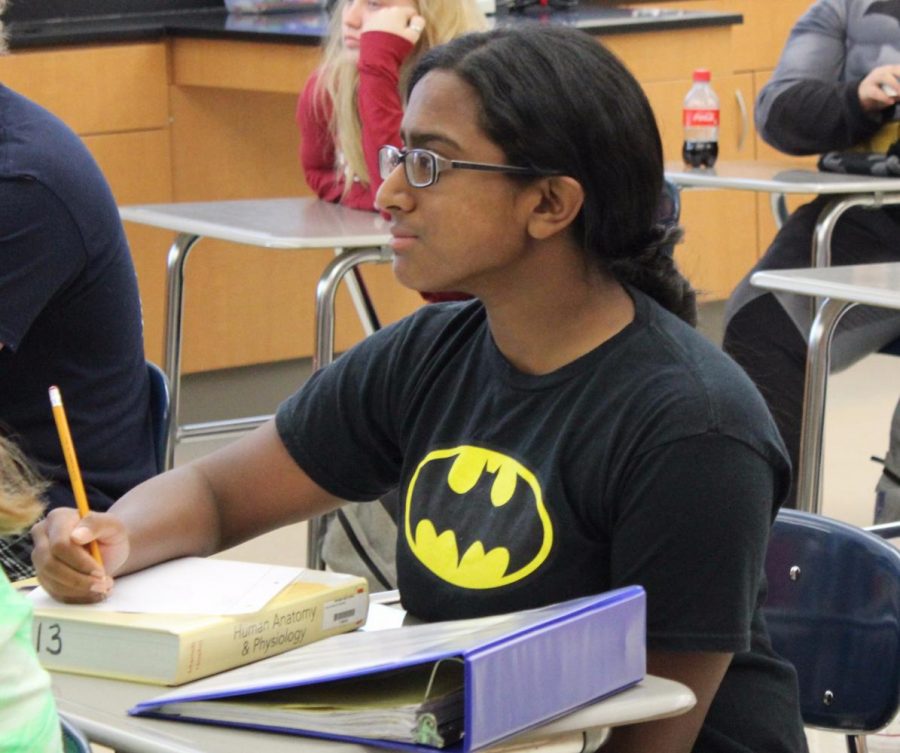 Hannah Abraham is another of Heritage’s most interesting students. The head drum major for the Legion of Generals marching band is best known for her band accomplishments. This is not all Hannah is involved in though. Hannah is a drum major, participates in clubs, has a home and social life, and still puts forth an amazing attitude, even with her hectic lifestyle.

Hannah sets her alarm for 6:00. However, she does not usually crawl out of bed until 6:50. When she wakes up, she quickly gets ready and feeds her dog and cat. Hannah bursts through the doors of the school at 7:55, even though she tries to get to school ten minutes earlier. When she arrives, she goes straight to the band room so that she can drop off her things.

Her first block of the day is AP Literature. Hannah feels that the AP classes at Heritage prepare students at least at the level of the first or second year of college. She also enjoys reading and analyzing literature, therefore she enjoys her first class very much.

During lunch, Hannah rarely has time to eat because she is so busy with her many club activities. Hannah is in Beta Club, National Honor Society, Science Club, Student Government Association, and Health Occupations Students of America. These clubs keep her busy, but if she does find time to eat lunch, she usually sits in the corner by the main office. Hannah was also recently elected Homecoming Queen. Hannah feels that there are people who are better qualified, but it is still an amazing honor and a huge accomplishment for both her and her family.

Fourth block for Hannah is Band. One of the most coveted positions in the band is that of Drum Major. Hannah Abraham has been a drum major since her sophomore year. Hannah decided to become a drum major during middle school night at the high school when she first saw the marching band perform. She felt as though the music was literally coming out of the drum majors’ fingers. Ever since then, she has strived to be the best drum major in Heritage’s history.

After school, she has band practice on Mondays, Tuesdays, and Thursdays, along with the games on Fridays. This keeps her very busy, so she does not have a job. On Wednesdays, she packs snacks for families as part of her community service. Hannah originally volunteered to get her required community service hours for clubs like NHS and Beta, but now that she sees the real impact that it has, it makes her feel like that is her time to be selfless and to serve others.

Hannah usually gets home around 7:00. When she gets home, the first thing she does is start her homework. This usually takes her all night, and she eats very late. When she finally finishes studying, she goes to bed. On a good day this is around 12:30, but it usually ends up being around 2:00 in the morning. About four hours later, she crawls out of bed and starts all over again.

Hannah Abraham is an phenomenal student and leader. She leads the band and the student body with pride. Hannah is dedicated to all of her endeavors and always aims to succeed.