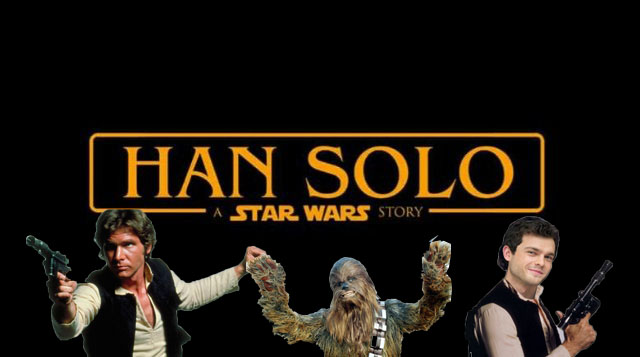 The title of the Han Solo spinoff movie has been revealed: “Solo: A Star Wars Story.” Filming began in January of this year, and will be finished in time for the release. The movie was being directed by Phil Lord and Chris Miller at first, with a script by Lawrence Kasdan and his son Jon Kasdan, but Lord and Miller were fired on June 20th, just weeks away from finishing. Lucasfilm head Kathleen Kennedy replaced the duo because of “creative differences.” The new director, Ron Howard, was announced two days after Lord and Miller were fired. Howard reshot a good chunk of the film, but he was rushed because two of the stars, Emilia Clarke (“Game of Thrones”) and Donald Glover (“Atlanta”) had to return to their TV shows. The change of directors will have a large impact on the movie. It’ll be interesting to see what the credits look like with that change too, with Lord and Miller doing the casting and six months of shooting. Donald Glover, who will be playing Lando Calrissian, admitted the change made him uneasy about acting, saying “I feel like I was the baby in the divorce or the youngest child.” Alden Ehrenreich will be playing Han Solo, Woody Harrelson will be playing Garris Shrike, Joonas Suotamo will take on the role of Chewbacca, and Emilia Clarke’s role in the movie is still a closely guarded secret. A trailer is expected to come out soon, and the release date has been set as May of 2018.