JOURNEY TO THE JUNGLE 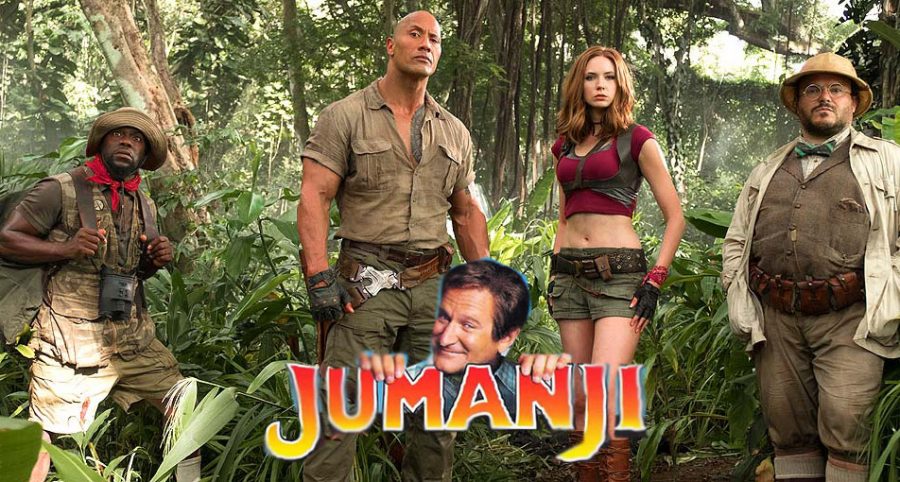 “Jumanji: Welcome To The Jungle” will open this year, almost exactly twenty-three years after the release of the original “Jumanji.” It will not be a remake, or reboot, but will be more of a sequel, continuing the story. Sony Entertainment has talked about plans for the movie since 2012, and now we’re finally getting it. While none of the original cast members will be returning, there will be traces of Robin Williams’ character’s (Alan Parrish) life throughout the jungle. It’s also rumored that his character will make a short appearance via archive footage. “Jumanji: Welcome To The Jungle” follows four teenagers sucked into a transformed version of the Jumanji board game, and they have to escape the jungle that Alan Parrish was trapped in. The movie has been mostly filmed in Hawaii, with a few additional shots in Atlanta. The teenaged main characters of the movie all have avatars that are wildly different from them, creating an interesting dynamic with the character and how they’re appearing. Jack Black is the avatar of a 16 year-old cheerleader, and when interviewed, he said “I feel like it was the real life I was born to play. It was very easy to tap into my inner 16 year-old girl.” Dwayne “The Rock” Johnson plays the avatar of a very non muscular boy. Kevin Hart, who’s known for being a little shorter than most actors, plays the avatar of a 6’5” football star. The video games that influenced the movies are ones from the 90’s, according to The Rock. “Jumanji: Welcome To The Jungle” will be released on December 20th.