THAT TIME OF YEAR 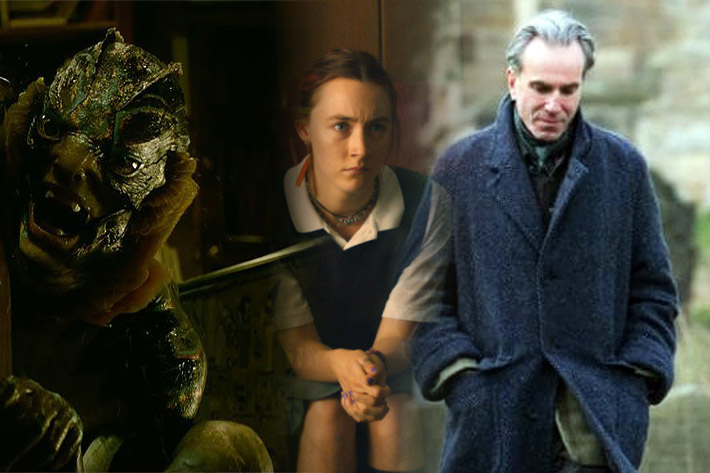 As the summer of 2017 has come to a close, another season falls upon us: the fall/winter slate of movies. While these are technically two separate seasons, they offer the same kinds of movies: the smart and the Oscar-worthy. This year was a little different with possible Oscar contenders “War for The Planet of The Apes,” “It Comes at Night,” “Dunkirk,” and ‘Wind River” all being released in the summer. However, this year’s Oscar season looks really impressive. This is a compilation of films coming out the remainder this year that I am most personally excited for and eager to see if they get any nominations.

First up is Greta Gerwig’s “Lady Bird.” This film is a coming of age film about a teenage girl with the name “Lady Bird” that undergoes trials in her senior year of high school, including those with friends and family. Based off the trailer, this film looks fresh, heartwarming, relatable and hilarious. It currently holds a 92 on review aggregator Metacritic.  The film stars Saoirse Ronan and is produced by A24, the studio behind “It Comes at Night,” “The Bling Ring,” and last year’s Best Picture winner “Moonlight.” The film comes out on November 3.  Second up is Richard Linklater’s “Last Flag Flying.” With a cast that includes Steve Carrell, Bryan Cranston, and Laurence Fishburne, how can one not be excited? Plus, Richard Linklater (“Dazed and Confused” and “Boyhood”) directing a dramedy is always an event to behold. The film is about three retired veterans who reunite after one of their sons dies. The film comes out on November 3.  Third up to bat is Guillermo Del Toro’s “The Shape of Water.” This is Del Toro’s second war film with fantasy elements (the first being “Pan’s Labyrinth”). Early reviews from film festivals have praised this movie as Del Toro’s next masterpiece. Will it be? This film stars Sally Hawkins and Michael Shannon. This film comes out December 8. Next up is “Phantom Thread.” This film is about a man that makes the clothes for a royal family in the 20th century. The film reunites director Paul Thomas Anderson (“There Will Be Blood” and “Inherent Vice”) and actor Daniel Day-Lewis (“There Will Be Blood” and “Gangs of New York”).  The movie comes out November 27.  The last movie to step up to the plate is “Molly’s Game.” The film is about an Olympic athlete that operates a highly illegal casino and the aftermath of being arrested. The film stars Jessica Chastain and Idris Elba. The film is both written and directed by Aaron Sorkin (the writer behind “The Social Network” and “Steve Jobs”). The film comes out January 5.