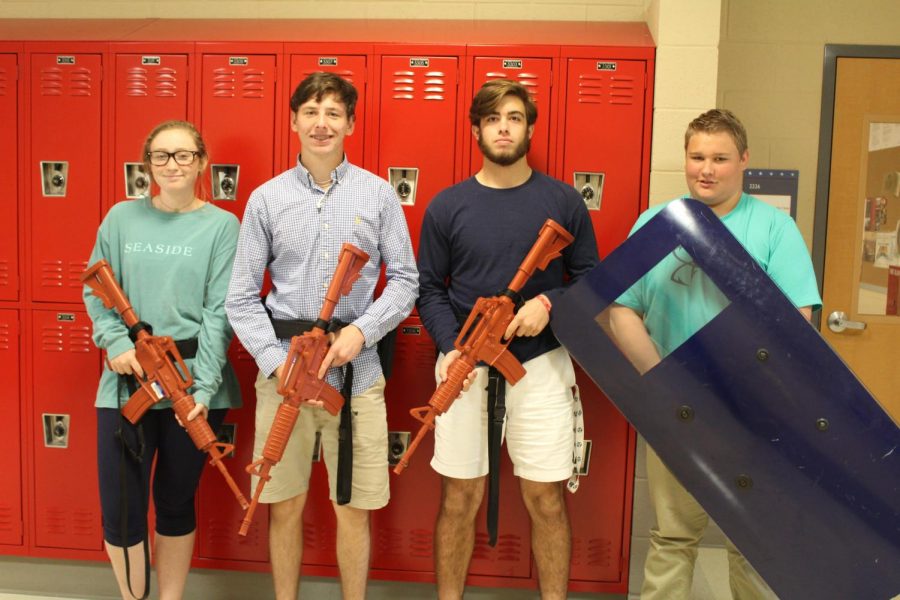 All last week, the second level public safety class had a class project where they learned about tactical operations. The students went outside and figured out exactly what would happen in certain emergency situations. The students were challenged in new ways, and it was a great learning project for them to participate in.

According to students in the public safety class, this week was one of their favorites. The students got the opportunity to put what they were learning in the classroom into action. Dawson Simmons said his favorite part was “always expecting the unexpected and knowing what to do when the expected happens.” This came in handy when they cleared the rooms around the school for threats. Jessie stated that the original breach and clear of the rooms was his favorite part. “[There is] the thrill of not knowing what is inside each room, whether the room is empty or has an armed threat,” Dawson said. “The thrill comes in the unexpected things that happen, whether a Navy Seal team is going to throw a trash can down the stairs or shoot you with an airsoft gun.”

The students enjoy this activity every year. They get to get out their gear and put what they have been studying to the test, to see what would really happen in an emergency situation. The students learned how to map out the school buildings and how to shut off the water and electricity to certain areas just as they would do in a real situation. Toward the end of the week, the students even did some role play in which they got to experience first-hand the most realistic situation they could have created.