ANYTIME IS THE BEST TIME TO WEAR A SWEATER 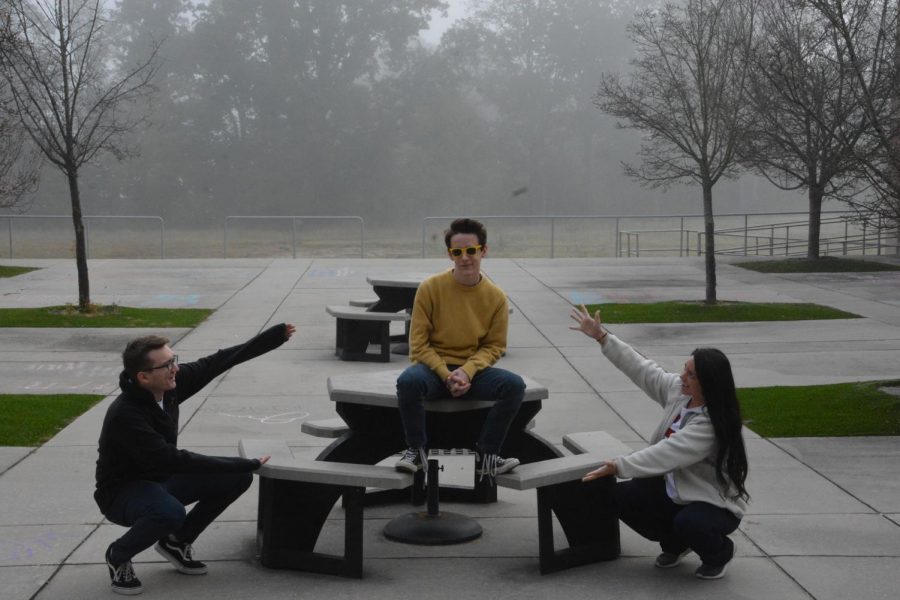 Sweaters are my favorite article of clothing ever. I wear them very often, especially now that the weather has been a lot cooler. I have a sweater in almost all colors of the rainbow: one red, one yellow, one green, two blue, a purple, and also a gray one. The only color I don’t have yet is orange, but hopefully I’ll get one soon. My favorite at the moment is a red one. My favorite has alternated over the years. My first favorite was a sweater I got for Christmas three years ago. I didn’t wear it at first, but last year, my class had Christmas as their pep rally theme (I know, it’s not the best) so I decided to wear a sweater (I know, it’s lame), and I thought I looked great in it. Shortly after that, I purchased my green and yellow sweaters. A few weeks after that, the green sweater caused me to meet someone who ended up becoming my very best friend. They complimented my sweater while passing by, and I realized they had a similar green sweater on. We took a picture, hung out, got closer, and that’s the only time I’ve ever believed in fate. My next favorite was a yellow sweater that many made fun of, but it turned into a kind of symbol. A few people don’t know my name, but they will often refer to me as Yellow Sweater Boy or Sweater Boy. That best friend gave me my new favorite sweater, my red one. The rest of my sweaters have come to me as gifts from the friend or from thrift stores. I’m excited to wear my sweaters for the next few months, and I’m excited for the memories they’ll bring me.