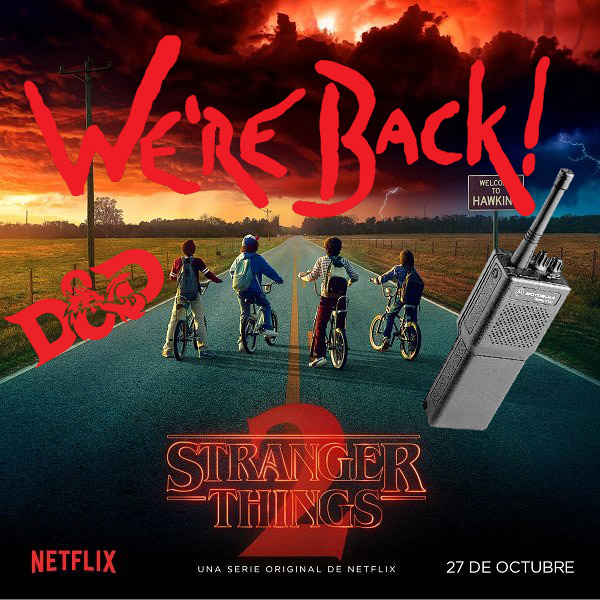 What’s more important than life itself? “Stranger Things”! That’s right, season two of “Stranger Things” was released on Netflix on October 27th. The results: FANTASTIC! The boys are back and are as humorous as ever! Mike, Dustin, Lucas, and their good friend Will are together again after a tragic miscalculation of Will’s whereabouts that lead to him being in another dimension. Now, spoilers won’t be told for those who haven’t watched the second season yet, but let’s just say that there are things that still haunt both Will and their town. There are more strange things happening to the town that might lead to its destruction, and there are some new people in town that cause a little bit of trouble for the boys. Also, Eleven. What on earth really happened to her? Is she still alive? Will Mike and Eleven ever reunite? Those are questions that are asked and answers that will be found out when watching it. So to put it simply: WATCH IT.

This second season was absolutely phenomenal. The boys are back together, which makes me happy, and Dustin is as funny as ever! He is by far my favorite character with his humorous behavior and code names that he gives to both people and things. Also, I love that Joyce is able to settle down a little bit, knowing that her son is home and safe. Or so she thinks. I won’t write anything more so that I don’t spoil anything! The last thing that I’ll say is that: YOU MUST WATCH THIS!