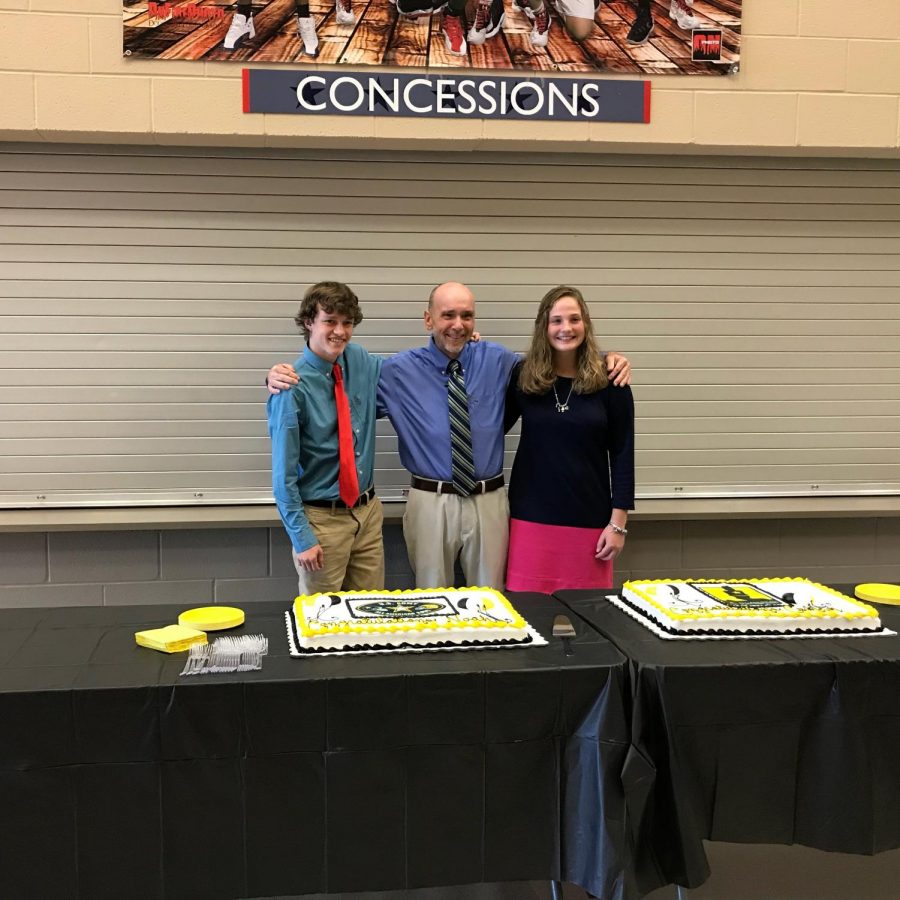 Earlier this semester, the U.S. Army All-American Marching Band visited Heritage High School to recruit two of the best band students at Heritage. Noah Scott and Carmen Smith were one of the few to have the honor of being chosen. Heritage has had at least one student chosen each year for the last three years. These two students have worked very hard to make this dream come true for themselves. They have spent countless hours practicing and improving their skills in order to make available opportunities such as this.

The U.S. Army All-American Marching Band is a civilian marching band competitively recruited from high school seniors from across the country. In 2016, over two thousand students auditioned for the one hundred twenty-five positions available. The band is led by some of the best directors in the country chosen every year. The band was originally created in 2007 and has since then become renowned as one of the best marching band in the country.

Carmen Smith and Noah Scott will be provided an all-expense paid trip to San Antonio, Texas for rehearsals and performance. This is an amazing opportunity to learn from the best and to be among people who are as skilled as they are. Carmen Smith is one of the nine clarinets chosen nationwide. Noah Scott is going as an alto saxophone player.

This is a huge honor for them, and Heritage is extremely proud of all the hard work that they have put forward to this goal. The U.S. Army All-American Marching Band is lucky to have two of the best Legion of Generals Marching Band members to ever walk the halls of Heritage High School.