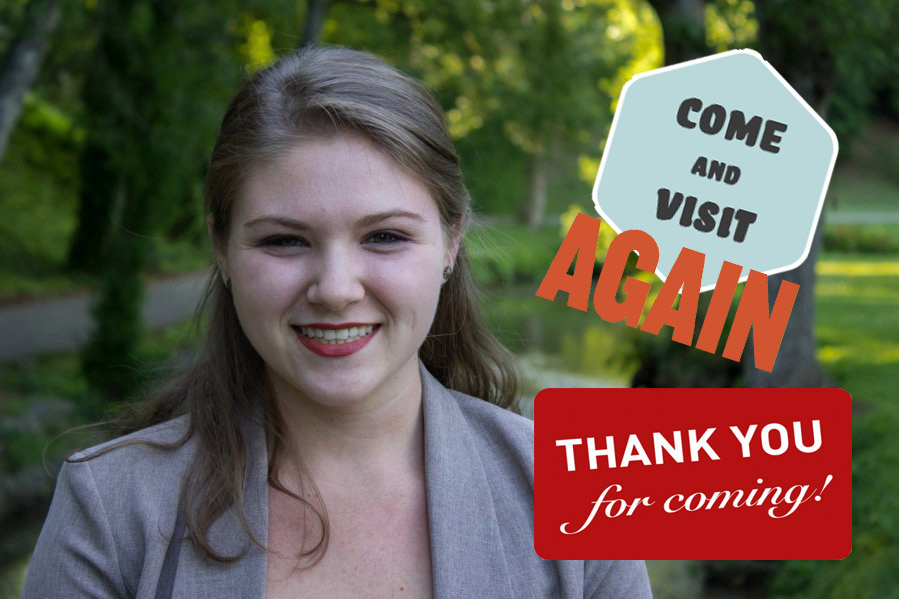 Recently at Heritage High School, we had the author, Hannah Rials, come and pay us a visit. Any student was allowed to come and see her and listen to her talk about her book. She came in and talked about her book called “Ascension.” It’s about a teenage girl named Cheyenne Lane who goes through an “Ascension Ceremony,” but it only causes her problems later on. She can’t seem to grasp her half-vampire powers, and, to make matters worse, she begins to fall for a witch named Eli. In Cheyenne’s world, witches are looked down upon because they are vampires’ sworn enemies. To make it even more worse on Cheyenne, she comes to realize that she’s been fed lies, and she doesn’t know who she can and can’t trust.

Those are the details Hannah Rials gave us on the book. Later on, she said, “You’ll just have to buy the book yourself to find out what really happens.” Oh boy, did she make the teenagers excited about the book. Later on, she started talking about how she came to write the book and the long process of writing. When she was twelve, she was a big fan of “Twilight,” because it was pretty popular back then. One night she fell asleep, woke up, and decided to write a book. It took her quite a while to finish her book, she just now published it, at the age of twenty years old. Yet she is a senior at UTC and also has a job. She is now in the final editing stage of her next book in the “Ascension” series. Of course, students were wanting to know some tips on what she did for her writing. One student asked, “What is world building?” Her response was, “World building is when you basically create a new world. You usually create a ‘new world’ without even trying.”

There was an entire series of questions that were asked, mainly about how to set up a book and what all you should do with it. A student asked, “How do you come up with names for your words?” (The students were discussing the process of world building.) “Well,” she said, “I made up a french word. Just make something up and have fun with it.” Another question was asked, “Should you make notes or plan for world building?” Rials answered with, “That’s totally up to you. I woke up from a dream and started writing a book. It’s just how you like to write.” One of the more discussed questions was, “How do you know when you’re building a world if it’s too ‘flat’?” Rials’ response to this was, “That all comes when you let someone else read it. Write your ideas down and have five to ten people read it and give you feedback.” A lot of students were worried about this because they were thinking that their stories would be too flat and plain, but Rials was able to give them important feedback that made them think better about it. One last question was, “What are some tactics to help visualize your world?” Rials happily responded with, “I use music. I make playlists for specific scenes. I exercise too. Music is my go-to.” Right after that response, she actually got students to come up with world-building ideas and wrote down those ideas on a whiteboard. Once the ideas were made, she gave the students thirty minutes to write out a scene while playing her playlist.

All of the students thoroughly enjoyed having discussions with her and having her come pay a visit to the school. There were moments of silence as she was talking about her book and writing ideas, moments of laughter from the bizarre comments that were made on the world-building board, and hand-clapping for the ideas and for Hannah Rials’ final farewell. We all hope that Hannah Rials will come visit again and can’t wait for her release on her next book!