THE BATTLE TO BE THE BEST 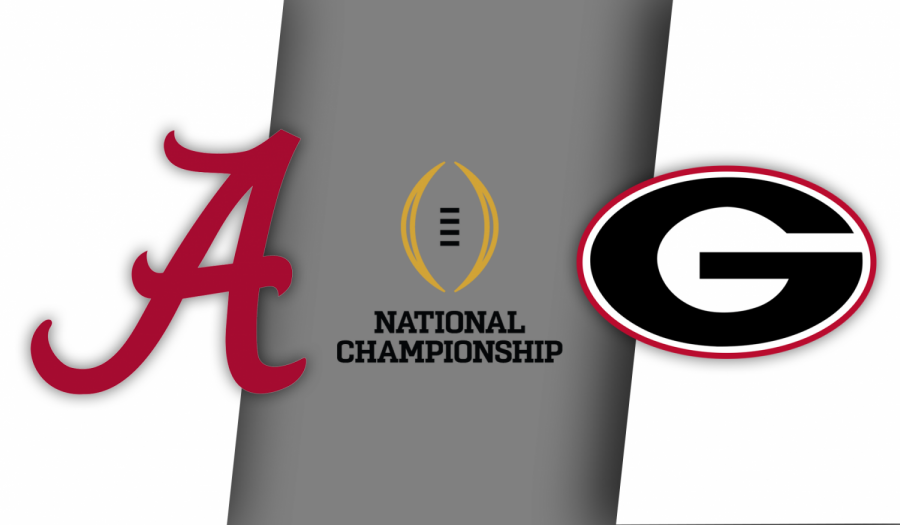 On January 8, 2018, the Georgia Bulldogs and the Alabama Crimson Tide battled for the title of the 2017 College Football National Champions. Georgia had beaten Oklahoma 54-48 in the “Rose Bowl” to advance to the championship while Alabama had beaten Clemson 24-6 in the “Sugar Bowl.” The championship game was played at Mercedes-Benz Stadium in Atlanta. Alabama won the coin toss and deferred to the second half, meaning that Georgia would receive the ball to start the game. Alabama intercepted the ball early on in the game and finished off their first drive of the game with a missed 40-yard field goal by senior Andy Pappanastos. The first quarter ended with no score. During the second quarter, Georgia kicker Rodrigo Blankenship put the Bulldogs up by three with a 41-yard field goal. After Alabama made no progress with the ball, Georgia ended up at the Alabama 10-yard-line. The Tide held their ground, and Georgia settled with another field goal, giving them a 6-0 lead. To end the first half, Georgia scored the first touchdown of the game, giving them a 13-0 lead. After halftime, Georgia kicked off with Alabama receiving the ball. Alabama eventually put themselves on the board with a touchdown. However, Georgia countered Alabama’s touchdown with one of their own, making the score 20-7. Later, Andy Pappanastos redeemed his earlier miss with a 43-yard field goal. During the fourth quarter of the game, Tua Tagovailoa, backup quarterback and freshman, led the Tide to tie up the game. With three seconds left in the game, Pappanastos missed yet another field goal which forced the game into overtime. Georgia had the ball first in overtime and scored a 51-yard field goal. It was now Alabama’s turn. Tagovailoa got sacked but overcame with a game-winning touchdown pass to DeVonta Smith. The final score was 26-23. Overall, both teams had their strengths and weaknesses, but the Tide came out on top to be the 2017 College Football National Champions.