JUMANJI, THE NEW & THE OLD 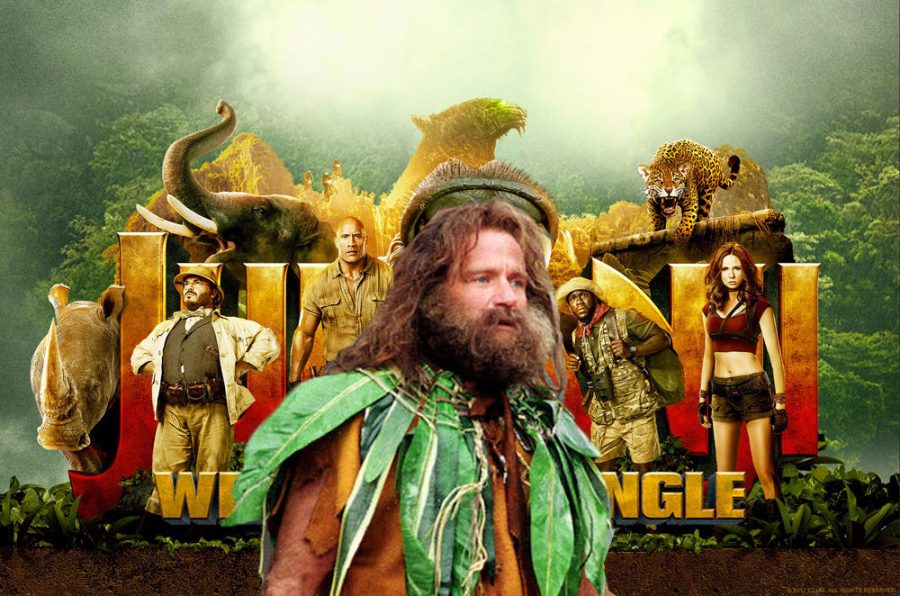 Director Jake Kasdan’s “Jumanji: Welcome to the Jungle” is often questioned: is the movie a remake of the 1995 Robin Williams hit, a reboot, or something else besides a sequel?  Our generation has watched, heard of, or at least recognizes the name “Jumanji.” Will this new “Jumanji” be as good for newer generations? The 1995 version had different styles like action, a bit of mystery, and, because Robin Williams was a part of the movie, a hint of humor. This newer “Jumanji” has the same characteristics as the original, except with a few extremes. For example, the 1995 version was made to entertain mainly the younger audience while the 2017 version entertained the older audience. Jake Kasdan’s “Jumanji” has the type of humor that goes along with the more modern humor rather than the Disney-type humor that was popular in the 90’s. Robin Williams was the star in his movie while this one has three well known stars: Jack Black, Dwayne “The Rock” Johnson, and Kevin Hart. This is a big factor in the humor within each movie. Robin Williams has been known for changing his voice to make his character just that much funnier and doing a lot with kids and their movies. The three actors in the new movie are known for their slightly dirty humor and their appeal to an older audience. The action within each of the movies is also unique. Kasdan’s “Jumanji” was pretty much the complete opposite of the 1995 hit. Kasdan put the players of the video game inside the Jumanji world whereas the original movie had the creatures of the Jumanji world come out of the board game and into the outside world. The endings in each of the movies were different yet very similar. The players saved the day and went back to their normal lives, but the lost player who vanished into the game years before is free and happily lives their new life.