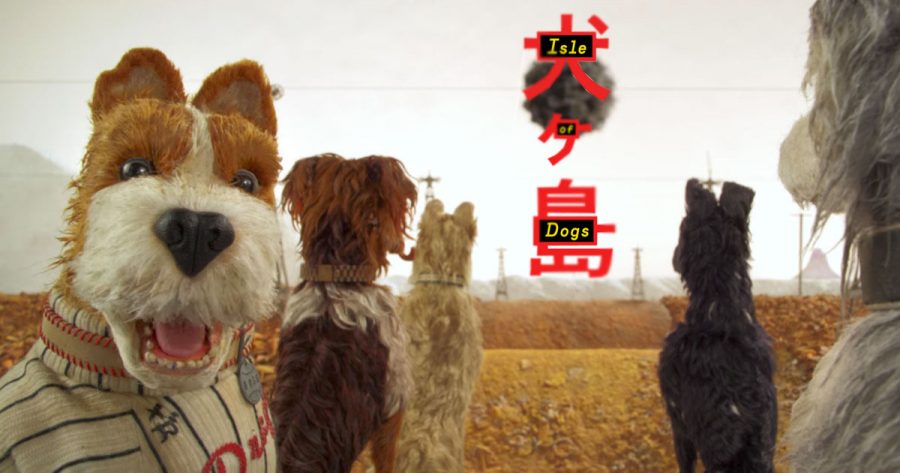 The first few clips from “Isle Of Dogs” have been released by Fox Searchlight. “Isle Of Dogs” takes place in the near future on a garbage filled island. The island is populated mostly with dogs, who were banished after dog attacks ravaged Japan. As you’d expect from dogs (or really any animal), they fight frequently over the little food that finds its way to the island. One clip shows a standoff between two groups of dogs over a sack filled with maggot ridden food. Another clip explains the plot of the movie, which revolves around a little boy who came to the island to find his dog. The boy, who crashes a plane on the island, meets a pack of alphas led by a dog named Rex. That pack guides the boy around the hills of trash in search of his dog.

“Isle Of Dogs” is a significant movie because it’s the first animated movie Wes Anderson has directed since the Oscar-nominated stop motion movie “Fantastic Mr. Fox.” The clips shown so far indicate that it will feature the same unique sense of humor that was in “Fantastic Mr. Fox” and “The Grand Budapest Hotel.” Many fans of those movies are excited to see Anderson’s return to stop motion animation. Some voices you might recognize in the upcoming movie are Bryan Cranston, Bill Murray, Jeff Goldblum, Scarlett Johansson, and Greta Gerwig. “Isle Of Dogs” premieres at the Berlin Film Festival on February 15th of this year, and is set to open in theaters on March 23rd.