WHAT DOES IT WANT? 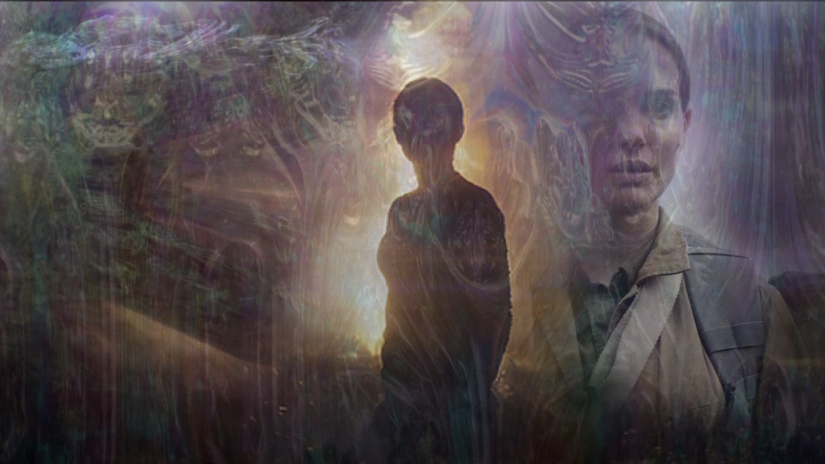 “Annihilation” is Alex Garland’s second film and stars Natalie Portman (“Black Swan”), Tessa Thompson (“Creed”), Benedict Wong (“The Martian”), and Oscar Isaac (“Drive).  “Annihilation” is about a group of five scientists that enter “The Shimmer” which is an environment on Earth that is mutating everything inside it. That’s the best way to describe the plot without going into too much detail. “Annihilation” is more in the vein of “Arrival” and “Stalker” than a sci-fi horror film like “The Thing” or “Alien” (which is what Paramount is marketing it as). So how good is it? It’s great. It’s easily stand alongside the likes of “Arrival” and “Looper” as one of the smartest science fiction films to come out in quite some time. Smart in the sense that it raises interesting questions and having the right amount of ambiguity. Yes, the ending is going to make some people mad due to the fact that the ending is open-ended and some things aren’t fully explained. The body horror in “Annihilation” is a monster in of itself. From moving intestines to mutated bears, this is easily one of the most grotesque films to come out in quite some time (don’t even get me started about what the scientists find on the camcorder).

Natalie Portman’s acting will more than likely throw some people off in the beginning. With good reason though, she starts the movie as an almost emotionless being with a monotone voice. She does, however, become one of the more sympathetic characters in the film. Tessa Thompson and Gina Rodriguez are good in their roles. Jennifer Jason-Leigh is also the standout amongst the supporting characters. She brings mystery to the character that I don’t think anyone but her could’ve pulled it off the way she did. Oscar Isaac is also good (anyone that’s seen “Drive” already knows that). The film also has some very gorgeous visuals. I personally think the best visuals were “The Shimmer” and a mysterious orb of sorts. The design of the mutated animals is also phenomenal. The bear. The bear is one of the most disturbing sci-fi creatures I’ve seen in quite some time.

“Annihilation” is easily one of the most unique and one of the smartest science fiction films to the silver screen in recent years. to sum it up best here’s an equation for you: Aronofsky’s “The Fountain” + John Carpenter’s “The Thing” +  Villenueve’s “Arrival” = Alex Garland’s “Annihilation”