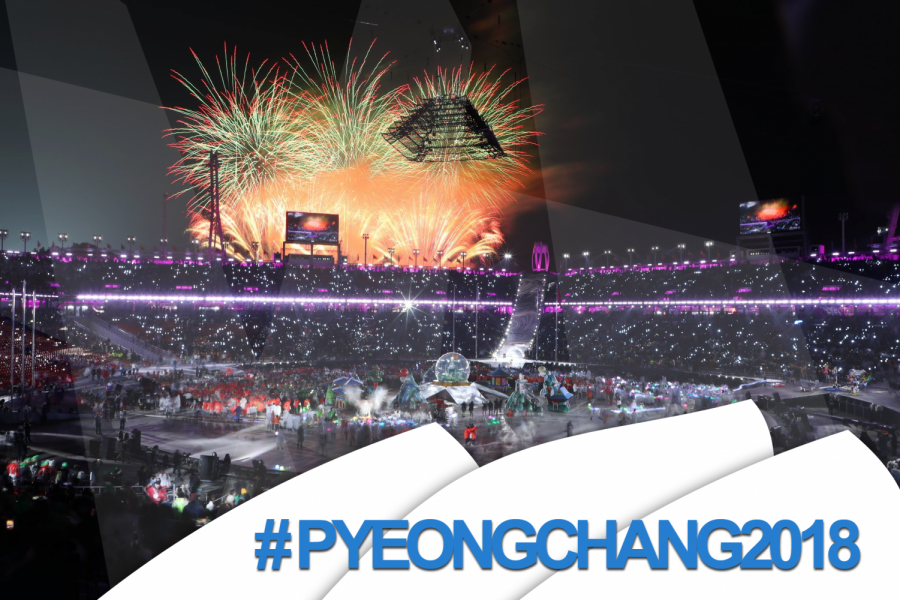 The 2018 Winter Olympics came to an end last Sunday with the commencement of the closing ceremony. It was not a sad ending to 2 and a half week event, but it was a party and celebration of new beginnings. It began with performers rolling blading all over the stage. There’s a little bit of dancing until they form the Olympic rings. The Korean flag was then brought out and a 13-year-old with mad guitar skills followed. Next, the flags of all of the competing nations are brought out and the parade of athletes starts. North and South Korea walk out at the same time, but are wearing different attire and both flags are represented. The combined flag is also being represented. Some medals were then handed out to the events that happened only hours before the closing ceremony. Next came an event entitled “The Axis of New Time.” It was a very visually captivating performance. Later, CL, a big K-Pop star, performed a very powerful performance. The ceremony then became very formal. The national anthem of Greece and the Olympic anthem were sung. The latter one was sung by an 11-year-old who won Korea’s version of “The Voice.” The Olympic flag was then handed over to the Mayor of Beijing. Beijing will be the host city of the Winter Olympics in 2022. A spectacle of color came next as the ceremony shifted to the Chinese part of it. Dancing pandas and other performers accompanied screens that showed memories of Chinese residents. The President of the IOC declared the games closed and then a performance by EXO, popular K-Pop stars, performed a party-like performance with amazing choreography. The Olympic flame is then extinguished by snowflakes that cascade from the ground floor, up a ramp, and to the cauldron. Martin Garrix concluded the ceremony as he turned the stadium into a party with all of the athletes. PyeongChang hopes that the closing ceremony and the games will give a nod to a better and hopeful future for everyone. Overall, the ceremony was spectacular and I can’t wait to watch the Summer Olympics two years from now.