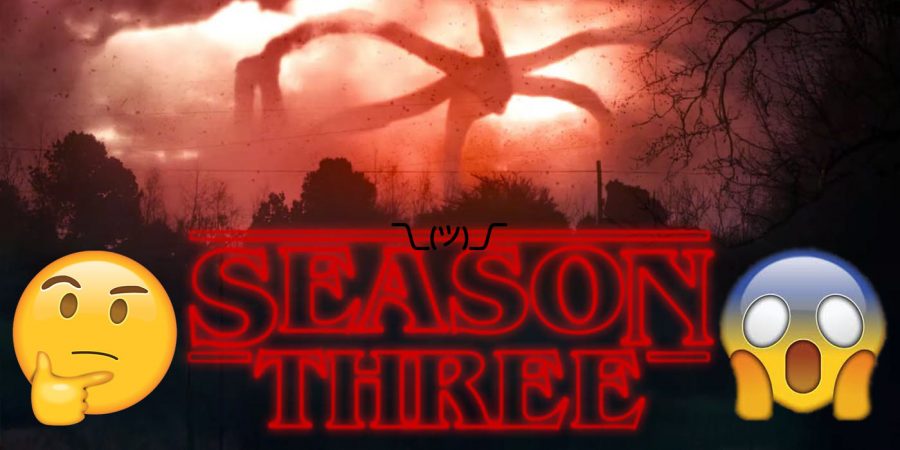 Everyone has been going crazy and talking about society’s favorite TV show, “Stranger Things”. This Netflix Original was released in July of 2016 but the first season wasn’t too popular. However the gossip about the show and about how great it is started to spread just before the second season came out. This is when everyone was talking about how it’s so awesome and that everyone should watch it because it’s just that good. Netflix has confirmed that they have renewed the show for a third season, although they’ve yet to announce a release date. The Duffer Brothers, the ones who produced “Stranger Things”, had previously confirmed they are working on season three and it was only a matter of time before Netflix got on board. Judging by the time difference between Season 1 and Season 2, we can expect “Stranger Things Season 3” at the end of 2018 by the earliest but it’s more than likely going to be the beginning of 2019.  People are asking, “What’s going to be in the new season?” Well it seems pretty clear the show will extend past Hawkins. “They’re going to have to get the [expletive] out of this town” Ross Duffer said during an interview. The episode ‘The Lost Sister’ in Season 2 showed that Eleven branched out and started hanging out with another telekinetic wonder Kali – aka Eight. Chances are this was a pretty big hint towards what is going to happen in Season 3. Duffer said, “What I am really excited about is giving these characters an interesting journey to go on.” so that’s one more thing we can look forward to. I personally haven’t seen much of the show but after hearing things about it and about the next season that’s coming out, I’m definitely going to watch it all.