LEFT IN THE DUST 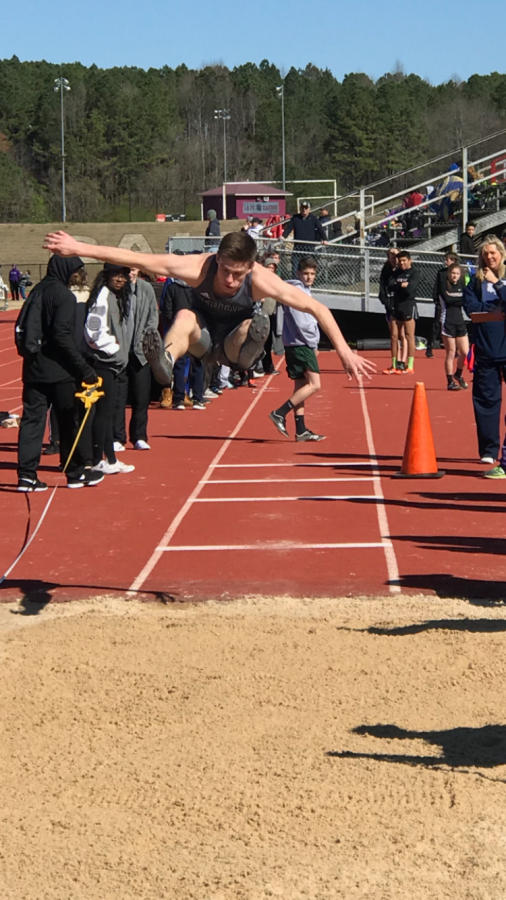 The Heritage track team started their season last week as they competed in the Southeast Invitational against 14 other teams. Although the other teams put up a good fight and did not make it easy for the Generals, the team ended up in second place losing only to Dalton. The team had many players that destroyed the competition like Ryan Carter, who placed second in the triple jumping event, and Lavarius Hood, placing 2nd in the throwing event. Also, the girls and boys distance teams mopped the floor with the other teams. It just goes to show that all of the team’s hard work paid off greatly  but if we want to keep this up, then we will have to keep working hard. The team also had another meet Tuesday and they also did well there. Chandler Hill set a new school record in high jump at 6’ 2” and destroying the other high jumpers in the process. This team is working really hard and the seniors this year are showing great leadership. Students like Kyler Jones, Alex Gass, Ryan Carter, and Cade Ogle are stepping up this year and leading their respective events and teaching the newcomers how to do them. Coach Gibson has stated that he is very excited this year and expects us to at the very least, make it to regions. In my opinion, if we keep working as hard as we have been, then that prediction will be very likely to happen. I hope people are excited this year as it is certain to be a very interesting one.