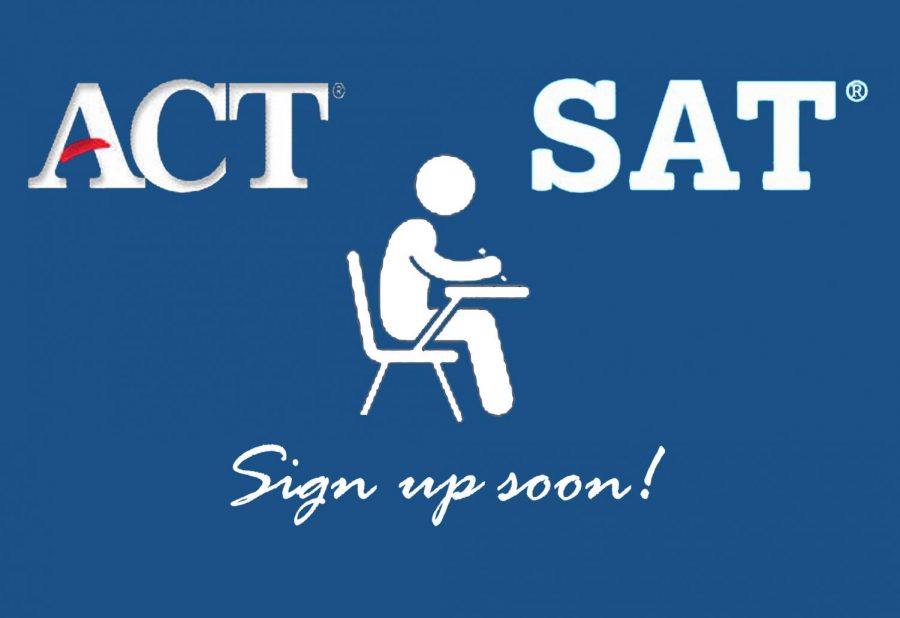 The end of the school year is approaching quickly, and if you’re an underclassman, you should begin thinking about taking either the ACT or SAT. For those who are really behind on college preparation knowledge, the ACT and SAT are standardized tests all high schoolers take before they graduate. They’re a requirement to applying for colleges. The higher the score, the better the school you can apply to. For context, Ivy league schools, like Harvard or Princeton, rarely accept an ACT score lower than 31 or an SAT score lower than 1450. The highest you can possibly get on the ACT is 36, and the average is 20. The highest SAT score is 1600, and the average is 1080. Those scores seem high enough, but even a 32 and 1450 is on the lower end of what’s usually accepted by those highbrow schools.

These tests are extremely vital if you want to go to college. Most people take them around junior year; however, it’s never too early to start. There are sophomores and even some freshmen who try the tests. Students are allowed to take both tests as many times as they’d like to. Colleges typically don’t look to see how many times someone’s attempted it. They really only care about the score. One thing to keep in mind though is that both of these tests are fairly expensive. The price ranges from around $40 to $60, depending on if it’s taken with the written essay, so you really want to study and do well the first couple of times.

Right now, the ACT is offering three more tests this school year, and the SAT is offering two. It’s a little late to sign up for the April ACT, but if you’re desperate to take that particular test, there is a late registration fee. However, it’s an additional $30. Check online for the rest of the dates and start considering signing up for one.