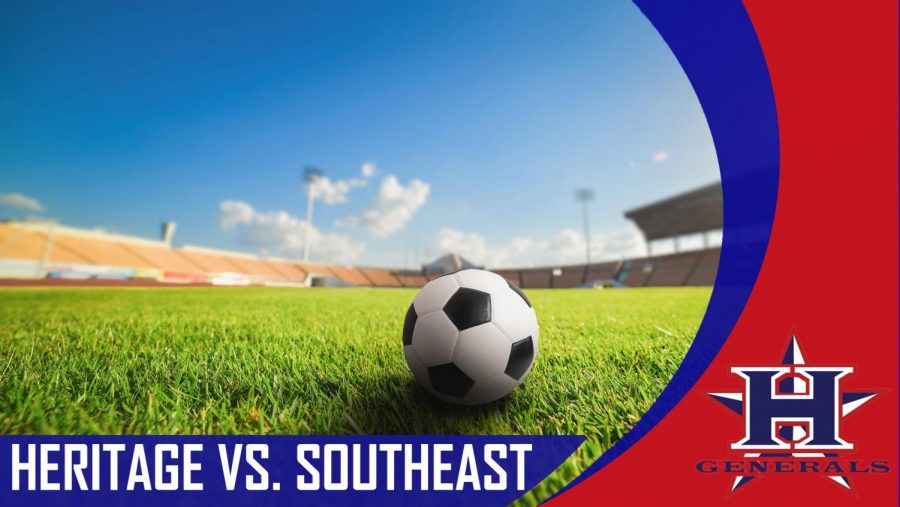 The Lady Generals soccer team had a vital regional game this past Tuesday. If they lost, their record would be in shambles and would have lost their chance to be first in the region. Southeast’s name was already burned in the Lady Generals minds after Heritage lost in penalty kicks last year, so they were apprehensive about the game. Both teams played with the same strategy: having the defense pushing high to prevent any chances at a run to goal. This crammed all 20 players on the field into just a twenty yard space, causing tensions to arise rapidly. Each of team fought their hardest and they both showed impactful control under pressure. The few runs the Generals got resulted in goals from Anna Boley and Brianna Smotherman, one of which was assisted from defender Sydney Rogers. The half ended in a score of 3-0, but the game had just started.

The second half required a new strategy, one which opened up the field, so the defenses dropped back, playing more of a supportive game. The Generals were able to make more magnificent passes and hold the score most of the half. Despite their desperate way of play, Southeast was able to get a goal on Heritage, bringing the score to 3-1. The Generals kept their control over the game and kept Southeast at bay, Anna Boley even managing to score another goal. The game ended with a score of 4-1 and the Generals were able to keep their undefeated record.