WHY BEING A “NERD” IS ACTUALLY COOL 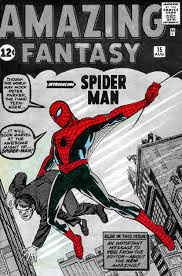 If you have ever seen any high school movie ever, you would notice that the nerdy kid in the movie always gets made fun of for liking things like comic books and video games and other “nerdy” stuff like that. Well I can say for certain that this is not what happens in real life at all. In today’s society, comic books are becoming much cooler in the eyes of the public because of the recent popularity of superhero movies that have been released. Many of the things that are labeled “nerdy” are actually some of the coolest things around. For example, people used to tease others for liking “Dungeons & Dragons,” but, in all honesty, that game is super fun and cool because you can use your imagination and make anything happen. Also, those same people who used to make fun of it play games like “Skyrim” and “Fallout,” both of which were inspired by “Dungeons & Dragons.” The only difference is that you do not have to use your imagination. Nerds are some of the most interesting people to be around because they are always having fun and they do not care what others think about them. To me, that makes them cooler than most jocks even dream of being. I am proud to say that I am a big nerd who loves comics and video games and if you are someone who likes to bully people for liking that kind of stuff, then I suggest you try reading a comic or playing an RPG because, who knows, you might just like it.