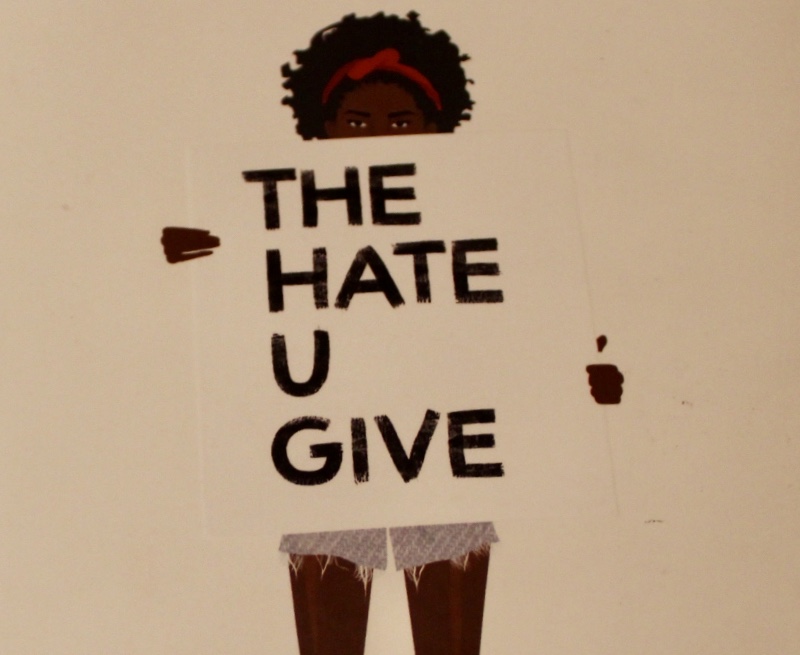 I first started reading “The Hate U Give” by Angie Thomas a couple of months ago, and the more that I read of it, the more impressed that I was. This book seems to be one of the most popular ones recently; it’s been at the front of every book store, in everyone’s hands, and really just everywhere that you look. Teen fiction isn’t typically my favorite to read, but with how much talk there was about it, I knew I had to read it. It’s not that the beginning wasn’t good, but the scene that really won me over was when Starr, the main character, went to the funeral of Khalil. This scene takes place a little over one hundred pages in. She is sixteen years old in this book, and Angie Thomas perfectly portrays both the youthful confusion and the devastating nature of the circumstances.

Starr struggles with attending the funeral and doubts that it’s real, thinking things like, “That’s not Khalil… like it wasn’t Natasha.” Despite this being confusing and numbing for her, it still has strong details. It’s hard to write such a devastating scene, so after reading that chapter, I knew that this novel really was worth all of its popularity. The success is even more impressive since this book is Angie Thomas’ debut novel. This story is from a narrative that isn’t as prevalent in literature as it should be. Starr feels isolated and like she is living a lie for part of her life, which is hard for anyone, but after the murder of two of her best friends, she has to face local stigma alongside all of her grief.