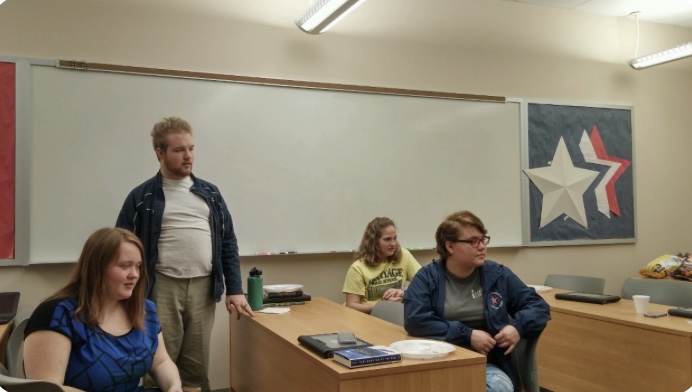 On Monday, March 19, the Creative Writing Club here at Heritage had an in school field trip for its members that were able to miss the day’s classes. The sponsor of this club, English teacher Mrs. Tollett, said that this was something that she had been wanting to do with her club for a long time. Because they don’t have as much time as she would like during their normal club meetings at lunch, this day gave everyone more time to work on longer projects and to work in groups in ways that they don’t typically have time for on the average weekday. According to her, having the day to work on different projects, give comments on each other’s writing, and do various activities was much better for time. The members worked on projects that they have and started a couple of different plots as well. This day was also scheduled around the Carson McCullers writing contest, which has several categories. This is the first year that you can enter this literary festival, and it is sponsored by Columbus State University. The deadline is this Friday, March 23, which is why it was perfect timing for the Writing Club here. If you entered the Young Georgia Authors competition but didn’t have the results that you wished for, this contest is a great alternative. There is more information about this contest on the Columbus State website, and Mrs. Tollett can also give anyone interested more information.