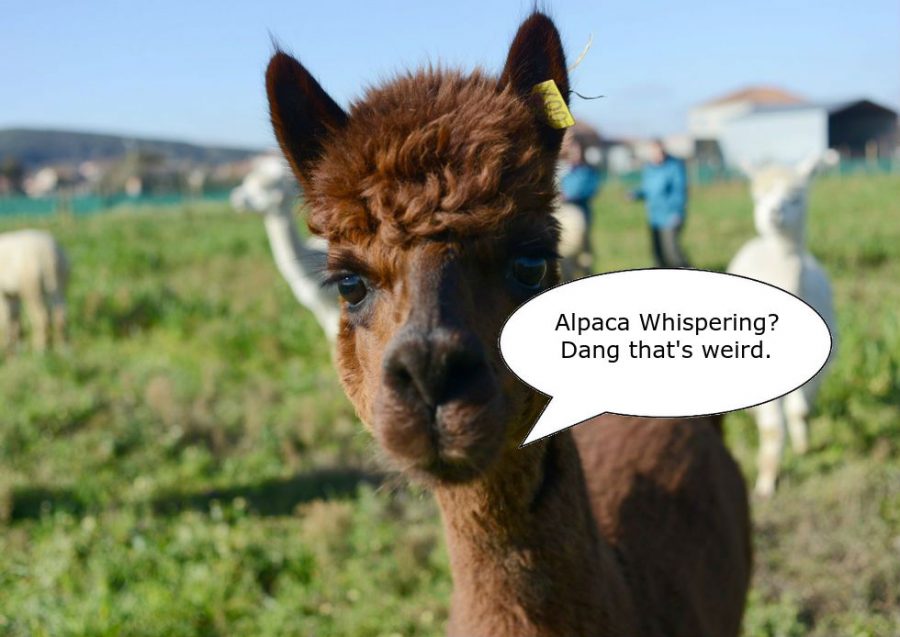 Alpacas. They are often confused with a similar creature called the llama, even though there are many different things to prove that they are different animals, like their ears and their height. There is also the fact that if you get an alpaca, you would have to get two because they will become lonely and depressed, which to me is a beautiful thing. Llamas are more intimidating and spit more, but everyone gets them confused. I don’t know why, but they do. Anyway, that is not the point. The point is: can you communicate with an alpaca and/or become an alpaca whisperer?

Normally, people will just talk to the farmer or alpaca trainer to get information about an alpaca or any other thing they would like to discuss, but what about getting the information you need straight from the source? The alpaca. Communicating with animals is not new. Matter of fact, anyone can do it. It is just not very common and often not really talked about. If you want to have a deeper connection with your animals or just want to have a skill you, can actually learn from a professional and get a degree in it. You can become an animal whisperer for any animal according to the degree. So, communicating with alpacas and alpaca whispering is not impossible if you put your mind to it, but it would be very uncommon and you may get questioned because of it. However, I personally think it is amazing and that everyone should become an alpaca whisperer.