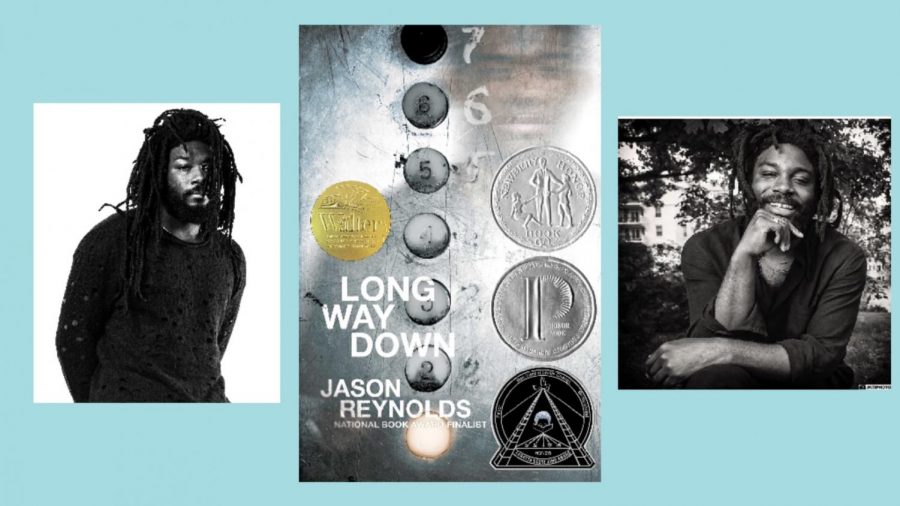 I recently started reading the book “Long Way Down” by Jason Reynolds, a National Book Award finalist. Immediately, I was impressed by the aesthetic of the book, something that is often a part of the story with poetry, and I was soon impressed by the form and Reynolds’ style too. The book has its title because a large portion of the plot takes place in an elevator. It is definitely an unusual setting for a book, but the symbolism is extraordinary. After his older brother, Shawn, was shot and killed, the protagonist, Will, plans to take revenge on who he believes was the killer. It had been a couple of days since Shawn’s death when Will decides to act. On his way down from his family’s apartment early one morning, he finds someone surprising on that elevator, an old friend who he believed to be dead, and then the story really starts to get interesting. As he tries to leave and make it outside of his building, different obstacles keep showing up, trying to remind him of his past. By the time the elevator makes it to the bottom, his perspective has changed. This book is constantly surprising; you never know what is going to happen next. It shows the hope that the past is somehow connected to the present, and that what we do has been done by others. We can learn from past mistakes, even if they aren’t our own.