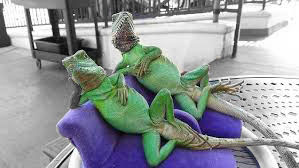 When most people think of reptiles, they think of nasty, scaly creatures that have no charm to them and that only weirdos like them. In my opinion, you are dead wrong if you think that because reptiles are some of the coolest, most interesting things on the planet. They have tons of cool things about them. Lizards can regrow their tail when it gets ripped off by predators and their genders are all determined by the climate that the eggs are in and chameleons can change their skin color and that is awesome to me. They also are super strong. For example, a crocodile has the jaw strength to pull a horse into the water and its tail can flip a truck. They also have all those cool venoms that they can shoot. I don’t know about you, but I think it would be sweet if I could shoot venom at someone I did not like. Also, they have a lot of personality to them like that one lizard at the seven eleven. They have a ton of memes to them like the snek or danger noodle. Also, many mascots have been made from reptiles like the “GEICO Gecko” and the snake from “The Jungle Book.” Reptiles get a bad reputation and people hate them when in reality, they are really cool and they can make really great pets if you find the right one. I really like reptiles and the chameleon is probably my favorite animal ever. I really think that everyone should give them a chance.