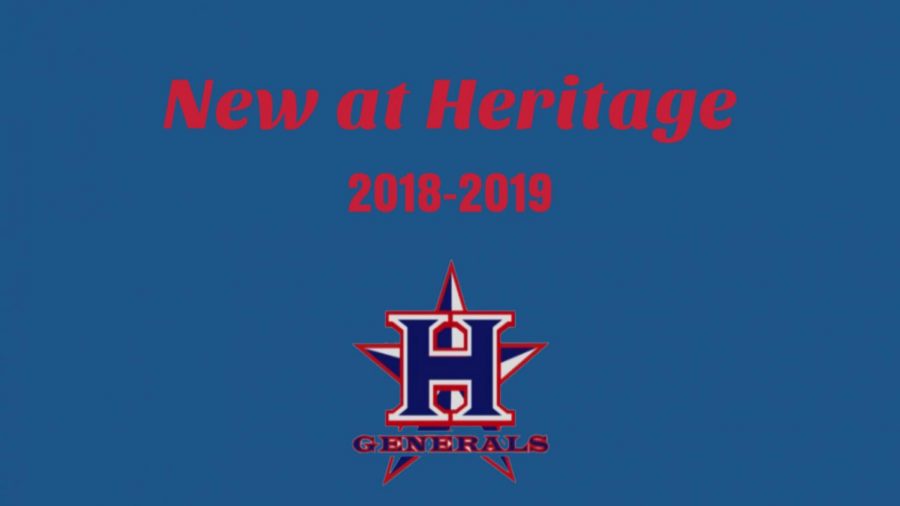 As most have heard through class meetings since the beginning of the 2018-2019 school year, there are many new changes here at Heritage. Among these is the new staff members and teachers that many of us will come to know, and there are more than usual this year, including Dr. Kemp, Mr. Lee, Mrs. Schmitz, Mrs. Mathis, Mrs. Parker, Mrs. Shoelen, Mr. Eaves, Mrs. Everett, and several other staff changes. For students in particular, there is a new privilege system and early dismissal on all Wednesdays. The extra time on Wednesdays is for people who are remaining at school, like anyone involved in band or in the clubs that will meet after school now. This time will also be used for make up tests and retakes. Buses are still running at the normal times on Wednesdays, but anyone who drives or rides with someone else is free to leave after fourth block ends. The privilege system is in regards to school events such as prom, parking, and the one hour lunch in the middle of the day. Privileges can be lost due to excessive unexcused absences or other problems. For the end of the semester finals, excused absences won’t count against students anymore, which will allow many more students to miss that last test of the class. There are four new classes being offered this year: German III and IV with Mr. Tollett, History Through Film with Mr. Trobaugh, and Honors Calculus with Mrs. Wolfe. These new additions are now in affect.