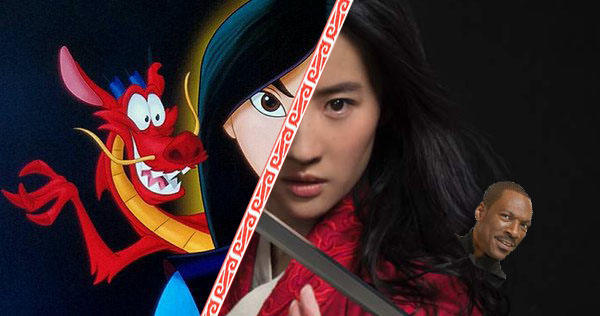 Disney’s “Mulan” tells a story of bravery, heartbreak, and secrets. The animated film takes place in China during the Han Dynasty, a time when the government was drafting men to be in the military. With Mulan’s father being a veteran and having already fought many battles, she was fearful of them taking him away again. To keep this from happening, Mulan impersonates a man and takes her fathers place during a general conscription to counter a Han invasion. The original “Mulan” was released in 1998, and not long after, in 2004 a sequel to the original hit theaters. With the first movie having came out twenty years ago and “Mulan 2” in 2004, you’d think that they’d be done with the series. However, a live-action adaptation of this Disney classic is set to be released in March of 2020. The film was originally set to star production in October of 2010, but was cancelled. In 2015, it was reported that the project was being reopened. In 2016, casting started. Soon after, Disney received a tremendous amount of pressure from the public, who didn’t want a “whitewashed cast” or a “whitewashed Mulan.” After a year-long global casting search, they found Liu Yifei to play Mulan. Known for her parts in “The Forbidden Kingdom” and “Once Upon a Time,” it isn’t hard to tell that she’ll steal the show. Other actors joining her in the film are: Donnie Yen from “Star Wars: Rogue One,” Utkarsh Ambudkar from “Pitch Perfect,” Rosalind Chao from “Star Trek: Deep Space Nine,” Jason Scott Lee, Gong Li, and many more.