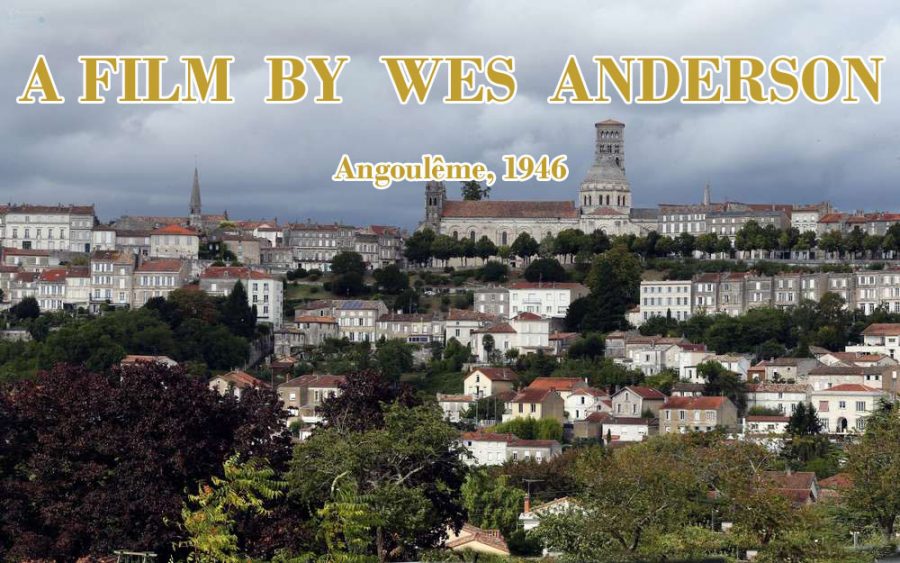 Wes Anderson’s filmography has taken us everywhere from Italy to India and even to a trash filled island inhabited completely by dogs, and the setting for his next project is France. To be more specific, Angoulême, a city of roughly 40,000. The city is known as “the balcony of the southwest” and also “the capital of street art.” Angoulême’s architecture and landscapes are beautiful, and I’m personally excited to see that beauty accentuated through the cinematography.  Another huge aspect of the setting is the time period it’s set in – just after the end of World War II. The town, when occupied by German soldiers, was home to a concentration camp intended for gypsies. That will be a fresh new angle because usually movies are caught up in the drama and action of wartime, but what about the awkward, uneasy time right after? One day, the town was controlled by members of the genocidal government of another country, and the next, they’re free. Anderson will undoubtedly master that angle, but some are uneasy about the other major element in the movie that’s new to him; it’s a musical.

There’s something for everyone in a Wes Anderson film, whether it’s the scenery, the unique characters, the fun stories, or maybe even the music. The soundtrack has always been well picked and skillfully integrated, but it’s never been the driving force of the plot in one of his movies. That plot has yet to be revealed, and it’s likely that casting hasn’t begun, but shooting starts in 2019, and it’s currently slated for a 2020 release date.