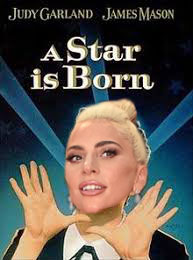 It’s easy to forget about Lady Gaga’s branching out into television, but her film debut, “A Star Is Born,” is sure to make a mark on both her reputation and acting career. One person in particular said that she was “nothing short of extraordinary.” The film isn’t out on a major scale yet, but critics got a look at it during the recent Venice Film Festival, and they loved it. It’s important to note that the general story and title are not new (there’s been three other variations in 1937, ‘54, and ‘76), but the team on set helped create a fresh take on the classic. This time, it’s about a struggling singer (Lady Gaga) that is mentored by an old rock star (Bradley Cooper), and they unsurprisingly fall in love. People generally agree that it isn’t quite the best iteration, but that isn’t a bad thing at all. Bradley Cooper also made his debut as a director in “A Star Is Born.” Owen Gleiberman, a professional movie critic since the 80’s, wrote (among many other things) that it is, “A movie that gets you to believe, at every step, in the complicated rapture of the story it’s telling.” But even with the glowing reviews, it doesn’t yet have any input from the general public. There’s a trailer out for people to form an opinion, but trailers are rarely a good indicator of a film’s qualities. “A Star Is Born” comes out to everyone on October 5th of this year.