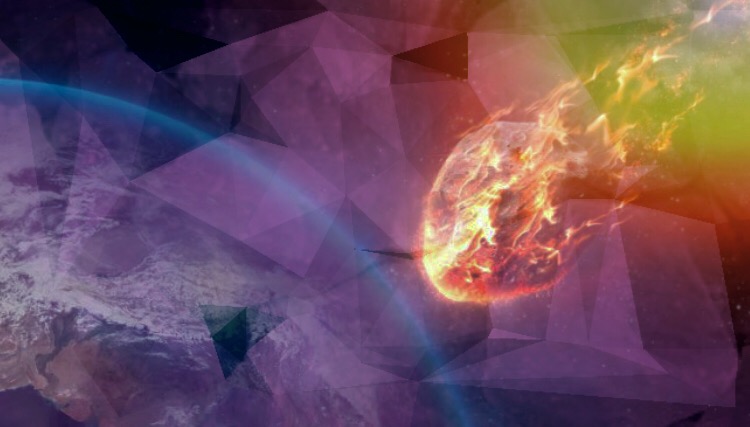 The terroristic attack on America that occurred in that fateful September of 2001 is a well-known tragedy among the overwhelming majority of Americans. Though it has been seventeen years since the calamity, it is still scorched into the minds of Americans everywhere. Most of us know about what occurred on 9/11/01. When asked about the attacks, ninth grade students responded with vague answers like, “The Twin Towers thing,” and, “People died.”

There is so much more to the story.

It is very important that our generation remember this tragedy and understand both how it occurred and the aftermath. History has a nasty tendency of repeating itself because what has worked before will work again, unless we make a change.

It is mainstream knowledge that Islamic terrorist network al-Qaeda, led by Osama bin Laden, carried out the 9/11 attacks.

Bin Laden’s Egyptian associate Walid al-Masri claimed that in years prior to the attacks, bin Laden became ever more convinced that America was weak, simply a “paper tiger.” “He believed that the United States was much weaker than some of those around him thought,” al-Masri stated. He used the U.S.’s withdrawal from Somalia in 1993 and its pullout from Vietnam in the 1970’s as fuel for this theory; he was convinced of America’s covert fragility.

Khalid Sheikh Mohammed (KSM) was one of the main planners; he was instrumental in the architecture of the terror attacks that cost 2,977 working American lives. He joined the Muslim Brotherhood in his early teenage years and was very active, and he also had a degree from the North Carolina Agricultural and Technical State University (1986). KSM traveled to Pakistan to wage jihad against the Soviet Union, which had invaded Afghanistan in the late 1970’s. Jihad, an Arabic word translating into “holy war,” is a term referring to the use of violence or military action against perceived enemies of Islam and its values.

Khalid Sheikh Mohammed met Osama bin Laden in Tora Bora, Afghanistan, 1996 – five years prior to the attacks. The 9/11 Commission discovered after investigation that KSM was actually the one to propose the idea of training pilots to crash planes into American buildings.

If you were to compare the attacks to a play production, Osama bin Laden would be the director, al-Qaeda would be the cast and crew, and Mohammed would be the playwright – the mastermind.

From there, planning meetings were held in Malaysia. Money was transferred in Dubai. Operatives were given flying lessons in Hamburg, Germany. From all across the Middle East, nineteen suicide hijackers were recruited.

Of the four leading pilots and planners, called the “Hamburg cell,” there was Ramzi Binalshibh and lead hijacker Mohammed Atta on a train going through Germany.

Atta was raised in a rather peaceful Islamic family with an attentive mother and a strict father; his sisters were all pursuing medical careers. He studied architecture and engineering at Cairo University, and then went on to get a master’s degree while in Germany; during his time there, he became increasingly radical and petitioned for an Islamic place of worship in his university. He expressed anti-Semitic and anti-American views and was soon involved with al-Qaeda.

Binalshibh plays a key role in the 9/11 attacks along with Atta later on.

While on the train in Germany, Atta’s group happened to collide with another Islamist militant. That militant suggested pursuing jihad in the Russian Republic of Chechnya; however, they did not go through with it on account of difficulties.

After staying in Germany, isolated, radicalizing each other further, and becoming increasingly volatile, the Atta’s group left Germany to arrive in Afghanistan in 1999. They were determined to touch base with al-Qaeda and bin Laden.

Osama bin Laden appointed Atta to lead the attacks, realizing that Atta was more Western-educated and likely more capable than anyone to get the gruesome job done.

Atta and other pilots arrived in America and received flight training at a flight school in Florida. Their instructor remembers training them and wonders if he could have done something to stop the tragedy in those six months he interacted with the terrorists. “Maybe I should have listened to my own feelings that day, but even if you don’t like somebody, you don’t know what he’s going to do … I told him if you don’t behave, I’ll kick you out of the flight school, and he started behaving,” recalls Rudi Dekkers, referring to Atta. Then he goes on to talk about a call he received from FBI agents about his former students. “He didn’t say anything about the attacks that they were associated with but of course I knew. It was unbelievable, unbelievable.” After the training, Atta the team returned to Germany to report to al-Qaeda, and then to Spain in July for the final meeting.

While in the United States, Atta kept in touch with al-Qaeda. Naturally, it was incredibly risky business. Atta gave updates through email, communicating with Ramzi Binalshibh (from the group on the train in Germany) referring to him as if Binalshibh were his girlfriend, “Jenny.” These messages were in code as to appear harmless. “The first semester commences in three weeks … 19 certificates for private education and 4 exams,” Atta wrote in one message. The nineteen certificates were referring to the nineteen hijackers, and the four exams is a reference to the four targets in the attack. On August 29, 2001, Atta spoke with Binalshibh over the phone, pretending to be trying to solve a riddle: “Two sticks, a dash and a cake with a stick down – what is it?”

Binalshibh thought about the question, and realized it was a visual puzzle. Two sticks: two ones. A circular cake with a stick down: a nine. It spelled out 11-9.

This was because when writing dates, in most countries besides America, the day precedes the month. To us, it would spell out:

In the early morning of September 11, 2001, five hijackers boarded each of the first three planes, and four boarded the last. If anyone had any suspicions, the time to act was almost gone.

Soon after boarding, the crew of the planes were disabled, most likely stabbed with box cutters. The hijackers were in the cockpit.

At 8:46 a.m, the first craft, the American Airlines flight 11, crashed into the north tower of the World Trade Center, first destroying floors 94 through 98.

America passed it off as a horrifying accident.

Seventeen minutes later, the south tower went down. The second plane crashed into floors 78 through 84. There was no doubt, at this point, that the United States was under terrorist attack.

Disaster struck. The building began to “pancake” on itself, as investigators describe. Below the plane, each level’s ceiling collapsed onto its floor rapidly, ejecting debris, concrete dust, and instantly killing every living thing inside. All the abundant combustible items provided ample fuel for fires, making the larger part of the building an inferno. Those on the bottom had no chance. Those civilians above the blaze had an even more morbid predicament; they had to decide whether to burn or to leap to their deaths.

President Bush was in a second grade classroom at the time of the attacks when he was taken by his security to a safe place to wait out the disaster. Bush, however, traveled to the devastated World Trade Center. He climbed on top of a fire truck among the chaos. When a worker declared that he could not hear the President, Bush spoke into a megaphone, creating a quote that would be remembered for decades:

“I can hear you. The rest of the world hears you. And the people who knocked these buildings down will hear from all of us soon.”

Soon after, the third plane crashed into the Pentagon.

The fourth plane, however, was a different story. No one on board survived, and witnesses were extremely few. From the evidence we have gathered, however, it is widely believed that there was an uprising against the terrorists.

The fourth aircraft, Flight 93, crashed into the Pennsylvania countryside just around a small place called Shanksville, killing everyone on board, but no other civilians.

An operator called Jim Cramer reported a call from a man in the plane’s restroom just before the crash. He was panicked, and the operator could hear a struggle. “We confirmed that with him several times,” Cramer said, “and we asked him to repeat what he said. He was very distraught. He said he believed the plane was going down. He did hear some sort of an explosion and saw white smoke coming from the plane, but he didn’t know where. And then we lost contact with him.”

There was another call made to a woman named Deena – the wife of a man on board: Tom Burnett. He claimed that he and other passengers were going to do something. The transcript is as follows:

Tom: No, I’m not. I’m on an airplane that has been hijacked.

Tom: They’re talking about crashing this plane into the ground. We have to do something. I’m putting a plan together.

Tom: Different people. Several people. There’s a group of us…

On the third call, Burnett explains a little more.

Tom: We’re waiting until we’re over a rural area. Then we’re going to take back the airplane.

Deena: No. Sit down, be still, be quiet, and don’t draw attention to yourself.

Tom: Deena. If they’re going to crash this plane to the ground, we’re going to have to do something.

Tom: Don’t worry, we’re going to do something.

A set of U.S. fighters were dispatched to shoot down the last planes, and it was reported then that two fighters were closely tailing Flight 93. The pilots, however, did not shoot before it went down on its own. It is assumed that the crew overtook the hijackers and sacrificed themselves in order to potentially save lives.

This terrorist attack on America was shocking and tragic; it ripped nearly three-thousand lives from their families, their friends, and their country. The plot, like in all terrorist attacks, was meant to terrorize and weaken the U.S. It was an appalling crime, but in the end, America came out of it even stronger.

It is important to analyze these events, realize what caused them, and take action to prevent them from happening again. 9/11’s anniversary is always a solemn day for Americans everywhere to remember the catastrophe terrorism wrought, and for many, the patriotism that it strengthened.