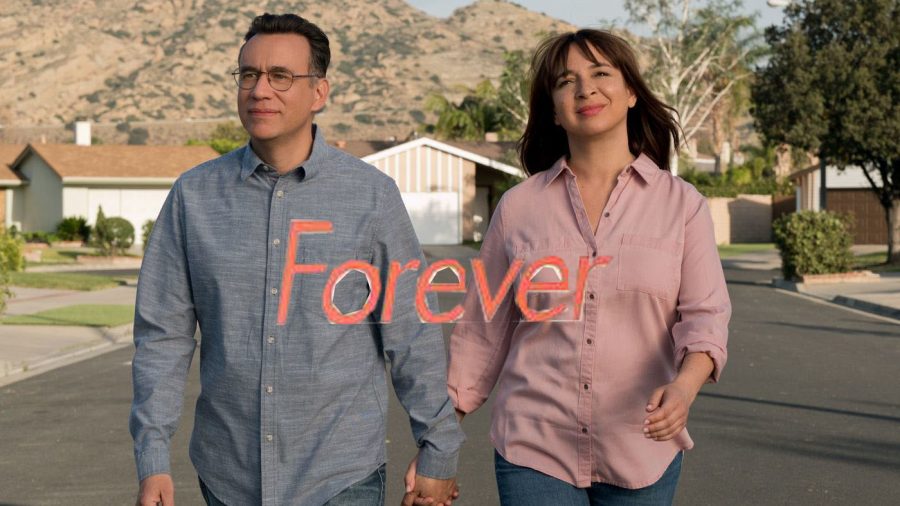 Now that “Portlandia” is officially over, Fred Armisen has moved on to a new series: “Forever.” Armisen has some creative input on the show, but his main job is co-starring with Maya Rudolph. The dramedy, which is an Amazon exclusive so far consisting of eight episodes, follows a couple that is at first living a standard, agreeable life. The pair set out to break the monotony and shake things up in their marriage. June (the wife) is played by Rudolph, and Oscar (the husband) is played by Armisen. June plans a ski adventure in place of the usual vacation they take every year. That decision completely alters their relationship and the two have a sort of existential crisis. In an interview with Collider News, the stars shared some interesting information about where it could go afterwards. Armisen said, “If it was up to me, I would say, let’s just go to Iceland and shoot there for fun. It could even be another time period. I have no idea.” That shows that the story of the first season is pretty much wrapped up, but it could still go somewhere, maybe with a different time in their lives or even a new couple entirely. Critics have said that the series relies on the element of surprise too often (there’s huge twists in almost every episode), so it may not be easy to rewatch. The show was created by Alan Yang and Matt Hubbard (who both wrote for “Parks and Recreation”) and was released through Amazon Prime on September 14th.