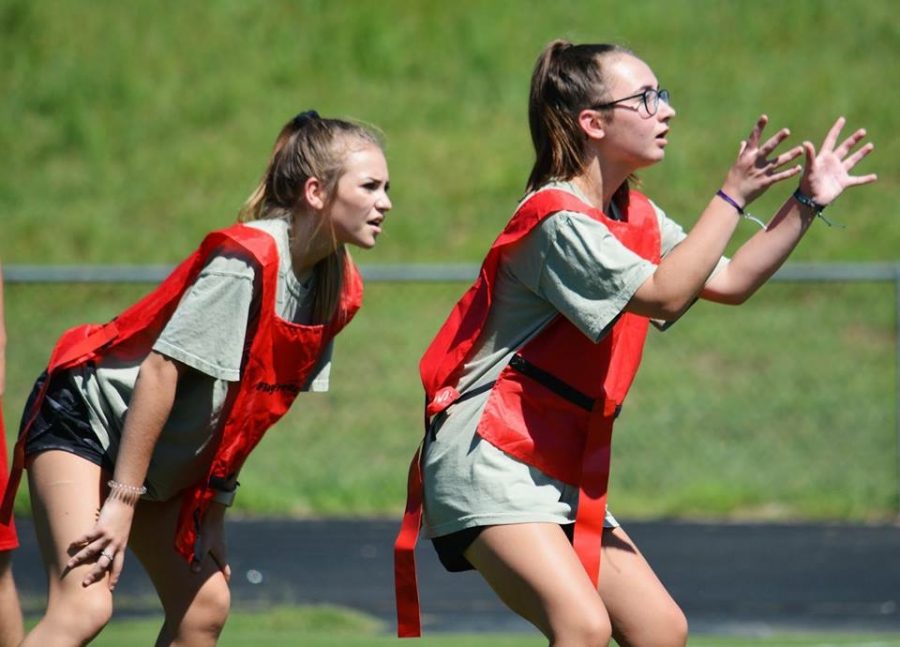 On Friday, September 14, at Heritage High school, our Lady Generals had their yearly powderpuff games. Although all of the grades did fantastic, the juniors took the win. As a freshman, Paige Johnson decided to do powderpuff this year and did amazing. According to her, she’s really looking forward to the next years of powderpuff games. “It was more intense on the field than I thought it would be. Our coaches did a great job: Lane McDaniel, Anderson Britton, Hunter Goins, and Trey Weldon.” This is what Trey Weldon as a coach had to say: “The girls did better than I thought they would. They did some of the plays right, and sometimes we messed up because they got confused about certain stuff. Overall, they did great in my opinion. I am a freshman, so this was my first time coaching powderpuff. It was really fun, and I know the other coaches had fun. I wore the shirt, and I wasn’t really hard on the girls. I didn’t yell at them and I tried to be encouraging, but sometimes I got aggravated.” The freshman beat the sophomores, which was very shocking on the sophomores’ end. As Paige played in the games, she got a couple of good runs in and took the ball down the field further than the sophomores did. Although the sophomores did good, they needed more communication and work ethic, according to the players. The juniors took the overall win against all grades, but over everything, the Generals came together in each grade and worked together as a team and as a school.