BAND FOR THE WIN 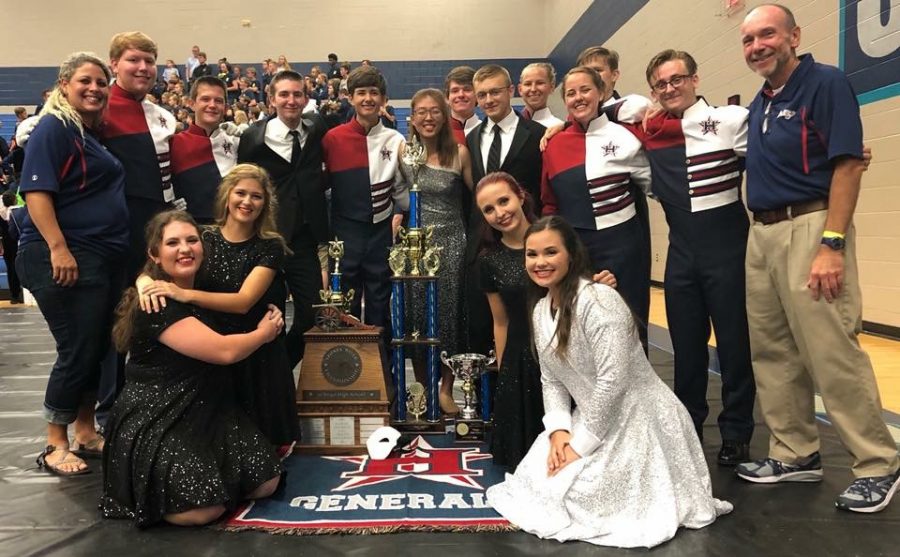 The Heritage High School Legion of Generals marching band competed in their first competition this year at Siegel High School in Murfreesboro, Tennessee this past Saturday, September 22. To bring home a grand champion trophy, along with many others, is a phenomenal way to kick of the competition season for the Legion. I think it’s safe to assume that competition is the main reason why band, or any sport really, puts in the work. Sure, the memories like charter bus games with friends or singing loudly and off-key in groups at Friday night football games are great, but bringing home the gold is what makes you really love what you do.

The competition went not as planned, due to some heavy rains. Heritage was supposed to perform at 3:00 for the preliminary round, but every band got pushed back. The rain dropped out right as the Legion was about to start warming up outside. They spent almost an hour sitting in the hallway they had gotten dressed in, waiting to hear news on what was to happen. Some of the bands got to perform outside, which was the goal if at all possible, but the rain was too much and the competition continued inside. The band went to warm up and figure out which body moves would be possible during the show in Siegel’s band room. After the short time allotted to change anything to adjust to being inside, the band waited for another band to finish their show in the gym. After the Legion got in the gym, they performed an amazing show that got them the grand championship trophy.